Why Do Drugs Cost So Much?

Why Do Drugs Cost So Much? And What Can We Do?

By Mona Chitre and Matthew Bartels 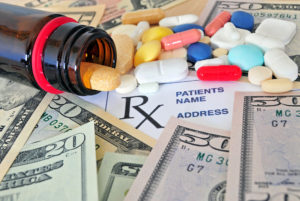 In the United States, the average price of brand-name drugs has increased 98.2 percent since 2011, according to Express Scripts, a pharmacy benefit management company that partners with health insurers such as Univera Healthcare. Unlike other countries, the U.S. permits drugmakers to set their prices, with few restrictions.

A January Department of Health and Human Services report on the Medicare Part D drug benefit shows that federal payments for Part D catastrophic coverage exceeded $33 billion in 2015, more than triple the amount paid in 2010. Spending for high-priced specialty drugs – including on a class of medications known as biologics – significantly contributed to this growth.

Biologics are prescribed to treat cancer, rheumatoid arthritis, multiple sclerosis and other conditions. They can range in monthly cost from $1,000 to more than $100,000. Biologics account for just 2 percent of prescriptions, but they make up more than 20 percent of all prescription drug spending.

Many biologics have lower-cost counterparts known as biosimilars, but they hadn’t been available in the U.S. until the Affordable Care Act sped their approval to promote competition and reduce costs. One study projects that the U.S. could save $250 billion over 10 years if just 11 biosimilars were to enter the market.

While biosimilars and generics offer a way to reduce drug spending, drug companies have developed strategies to prevent or delay their arrival to market.

“Pay to delay” is when brand-name drugmakers pay generic drugmakers to delay selling their lower-cost versions.

“Picking the discount rack” is when drugmakers buy the rights to old, cheap medicines, which are the only treatments for serious diseases, and then hike the prices.

“New and improved” is when brand-name drugmakers limit access to a drug or pull it from the market just before its patent expires and replace it with a slightly modified version.

Today, 85 percent of prescriptions filled in Upstate are filled with a lower cost generic. Unfortunately, there is not always a generic version available, as is the case with insulin, for people who have diabetes.

Univera recently reported that diabetes medications increased in cost by an average of 42.6 percent from 2012 to 2015. By the end of 2016, the price increased again by an additional 18 percent.

Cost is a major factor behind the fact that, according to the National Institutes of Health, 50 percent of people with chronic conditions such as diabetes discontinue their medications within six months.

Insurers, pharmacists and providers bear a responsibility to assure that the medications patients need are readily available and easily affordable. Working together, caregivers can help those patients to become savvy health care consumers by encouraging them to:

• Shop around. Prices vary by pharmacy.

• Ask whether a generic or lower-cost alternative is available.

• Use the cost-saving tools your insurer has online.

• Consider subscribing to home delivery or obtaining a 90-day supply at retail for long-term medications for chronic conditions.