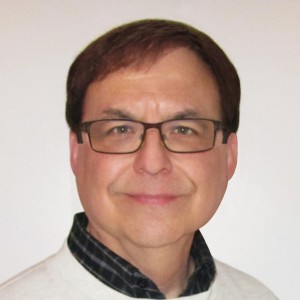 This is no small thing for a guy to confess. But other than the few close friends I’ve told (…who come to think of it actually know even worse things about me…), I doubt anyone would suspect the awful, socially-inconvenient truth. That basically, I’m (…GASP…) sports illiterate.

Having to just stand there while my fellow guys exchange manly banter about box scores, injured reserves and lifetime stats. Nodding non-commitally and mumbling things like “Yeah, some game, huh?” Trust me. It adds a whole new meaning to being “way out in left field.”

And it seems the farther guys get past their prime “jock” years, the more important sports become. I haven’t quite figured out exactly why this is, but I suspect their wives would have a few theories.

Not that I don’t know any sports stuff. I know that in hockey, for example, there’s this thing out there… somewhere… called a “blue line.” I just have absolutely no idea what it’s for. For all I know, they made it blue so it would look natural under the ice. After exhaustive scientific research, however (…O.K. I asked Dawn who cuts my hair…), I was able to determine which sport women think is the dumbest.

And apparently, it’s curling, which I have to admit kind of surprised me. I mean, Men + Sports + Beer, Chips and Wings usually = Slob City, right? I just assumed a sport that comes with little brooms for tidying up as you play would rate higher. Go figure.

Actually, you could be sports illiterate too and not even realize it. So test what you know by taking the quiz below about the meaning of six common sports terms. (Of course, if you have trouble with any of them, you probably shouldn’t go volunteering to coach anything.) Anyway, good luck sports fans!

1) the ownership of a sports team

2) a popular side order with a burger

1) how basketball players move the ball down court

2) how most things move down the front of a baby

1) the spot where a golf ball lands

2) a common method of golf scorekeeping

1) a harness that controls a horse’s movement

2) a hotel suite that, if the bride is lucky, doesn’t get ESPN

1) a zero score in a tennis match

2) a perfect score in on-line dating

HITTING THE WALL is…

1) when a fatigued marathoner or cyclist runs out of steam

2) when a writer runs out of funny definitions… like now.

About the Author:
Doug Carpenter is a veteran freelance writer and columnist for several WNY publications who also teaches communication at the University at Buffalo.