Along twisting country roads, fields of green stretch for miles. Bright red barns dot the landscape, and wind mills turn slowly, towering in the distance. These scenes are just a few of the many pleasures that one enjoys when entering maple farm country.

Western New Yorker’s love their maple syrup. In fact, New York State has the largest selection of tappable maple trees in the entire U.S., according to the USDA’s National Agricultural Statistics Service. And, New York is home to over 2,000 maple sugar makers, with more than 13 maple farms residing in Erie and Niagara Counties alone. According to the NYS Maple website, sugar maples are the best trees to use. However, did you know that when the trees are tapped for maple production, over 500 million gallons of pure tree-filtered water go unused during the process!

At Sprague’s Maple Farm in Portville NY, they use between 40-50 gallons of tree sap to make just a single gallon of maple sugar. This process harvests 39-49 gallons of pure, crisp water, yet all that remains is the maple sugar. Where does all that water go? 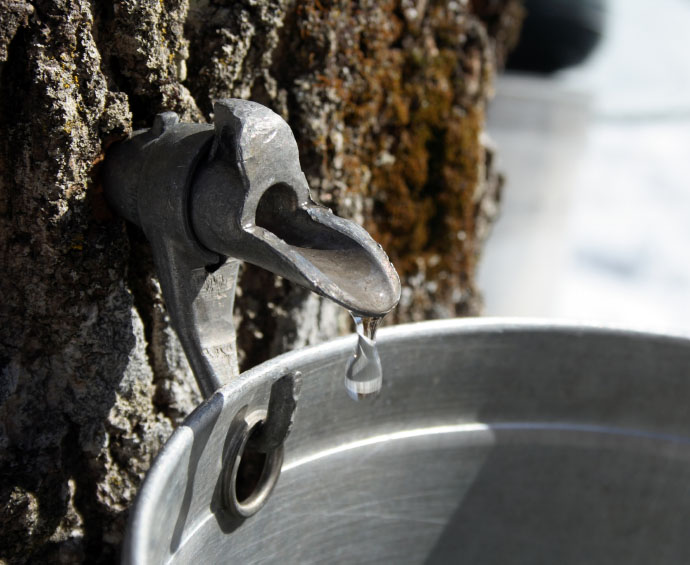 That was the question Adam Lazar, CEO of Asarasi Water Company, asked himself while on a maple farm tour with his daughter in Vermont, leading to the creation of Asarasi Water company. As their website states, Asarasi has literally tapped into nature! Each year they extract pure, naturally filtered water, harmlessly, from living Maple trees. Lazar explained, “Once the sugar is extracted from the saps for the syrup, 97% of the byproduct is the purest form of water on Earth.” His company innovated a way to carbonate, store, and deliver this water to retailers, restaurants, and stores. “We work with local maple farms; the whole process is completely Eco-friendly, and harmless to the trees. Maples are living wells and offer so many amazing resources. They can replenish just as our bodies do–it’s like donating blood. Our bodies regenerate and replenish what is taken, trees do the same thing,” states Lazar.

Lazar, who’s background includes product development for military and law enforcement, had moved to Los Angeles California for work. While there, he witnessed the severe drought ravishing the region. It hit home with him, “Sometimes your path picks you, not the other way around. After seeing the maple production and what was happening across our country in drought regions, I started to see a pattern. I saw something special in the maple-making process and knew I could do something with all that pure tree-filtered water.” 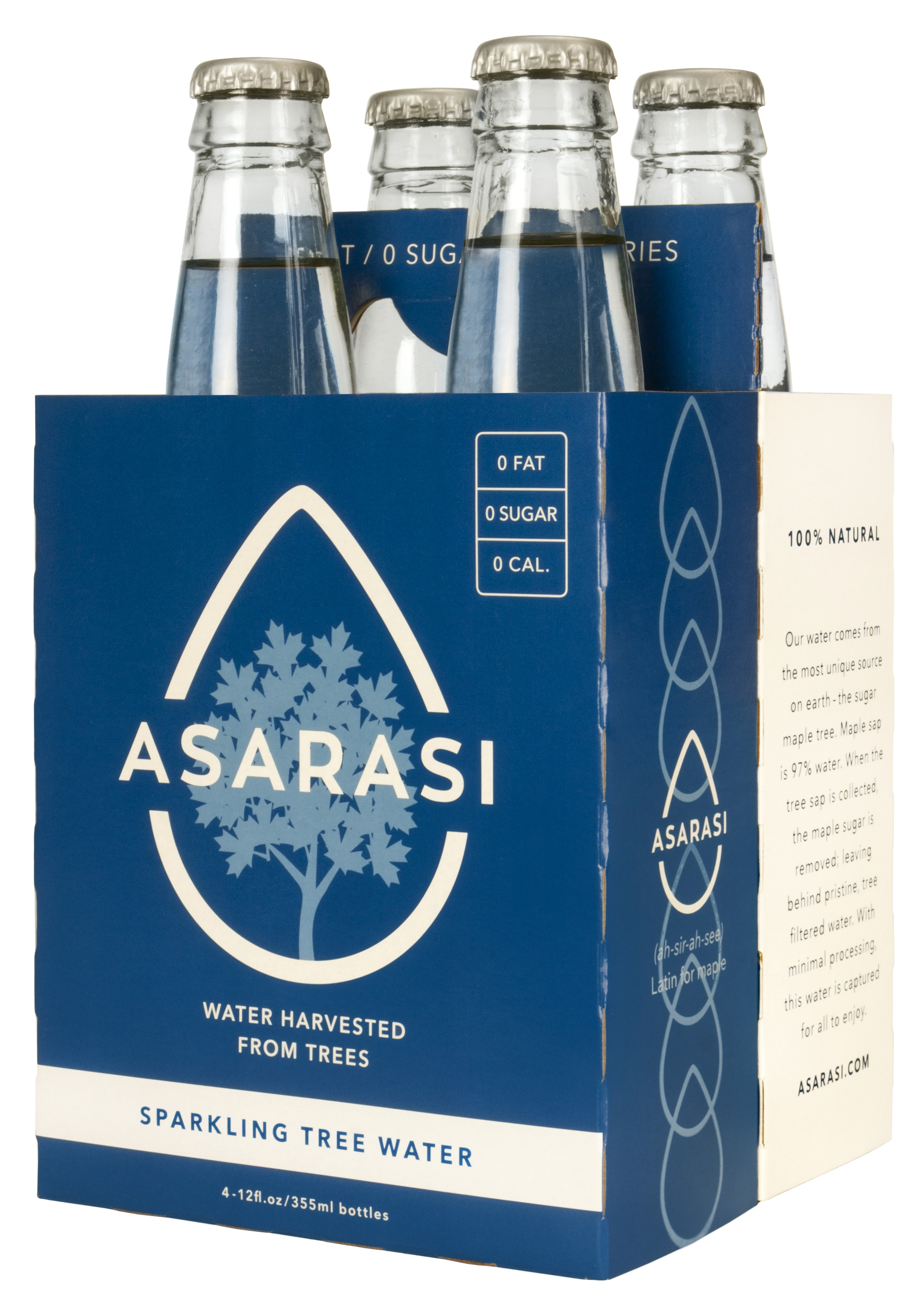 Lazar saw a need to balance renewable resources, consumption, and cost effectiveness. “It’s about utilization of resources, and tree water is such an untapped resource,” Lazar says. After the company’s creation, his first stop was the 43North competition in Buffalo. Founded in 2014, 43North is an unprecedented program, made possible by Governor Andrew Cuomo’s historic Buffalo Billion initiative. Lazar knew that if he could take his start-up and showcase it in the competition that it would help his business–and it did! They placed in the top 100 that first year. Lazar entered again in 2015 and 2016, and with passion and perseverance, Asarasi Water took third place in 2016. Lazar sold his home, invested the money in the company and moved to Buffalo.

“We are growing every day, so we will be partnering with many more maples farms across the Buffalo Niagara region,” states Lazar, adding, “I am so proud of what we are accomplishing. Farms benefit, consumers benefit, and the environment benefits. We are competitively priced because just as consumers need to do what’s right for their wallet, we need to do what’s right for consumers.” Three of Asarasi’s biggest partners are Mayer Brothers, Sprague Maple Farm, and Try-It Distributors.

As a consumer who has tried their water, I can say that it truly tastes refreshing, crisp and clean. And, I felt good knowing the water I was drinking came directly from nature.

By sourcing water from living trees Asarasi has created the world’s only sustainable, and renewable bottled sparkling water. You can find them at the NYS fair in Syracuse this summer, and you can find their ad in our June issue on stands now. They will also be distributing in stores and restaurants across the Buffalo region. Asarasi Water is always looking for brand ambassadors. Visit their website at www.asarasi.com for upcoming events and information.