Mercy Hospital of Buffalo recently honored 26 local emergency medical services (EMS) providers, many of them who volunteer as paramedics in their communities, at its 1st Annual EMS Awards Dinner. 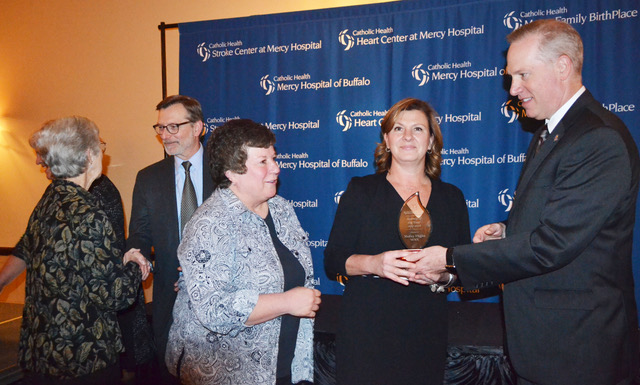 Over 100 people gathered for the event to recognize these first responders and “superheroes” for the life-saving efforts they provide on a daily basis. These EMS crews were chosen for their heroic actions in four emergency response calls that went above and beyond to save lives.

Mercy Flight of WNY was named the EMS Agency of the Year.