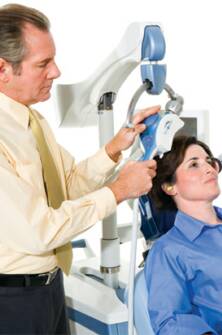 Depression is a devastating brain illness that affects millions of Americans, their families and even their employers. People with depression may exhibit such symptoms as problems with sleep, appetite, level of energy, and concentration. They may show a lack of motivation, unusual feelings of guilt, and experience sadness or irritability. This is now well understood to be a problem in how the brain is functioning. Despite this, many people still don’t seek treatment largely because of feelings of shame. Unlike strokes or seizures where the signs of brain dysfunction become clearly visible to us, depression is not so obvious. Perhaps this is why people think differently about depression and sometimes attach stigma to the diagnosis.

Recently, a new treatment called transcranial magnetic stimulation (TMS) was approved by the FDA for people who do not respond to treatment with an antidepressant. TMS makes use of magnetic pulses to stimulate the brain in a specific area known to be involved with depression. This treatment occurs while the individual is fully conscious right in the comfort of the doctor’s office. It is very well tolerated and produces little or no side effects at all.

The Dent Neurologic Institute’s Division of Neuropsychiatry under the direction of Dr. Horacio Capote is the sole provider of this modality in Western New York. Currently, there are approximately 200 providers across the country. Dr. Capote reports that these first 14 months of providing this treatment have been quite gratifying. “It’s been very satisfying to be able to offer such an effective treatment to people who had almost given up hope. I look forward to helping many more as word of this technology spreads.”

Although the FDA indication is for medication resistant depression, recent studies have focused on other groups of patients such as women with post-partum depression who don’t want to pass on antidepressants to the baby while breastfeeding or patients on chemotherapy who are already on multiple medications. In short, a variety of different uses for this treatment are being explored because it is so safe. The coming years will likely see an explosion of other uses for this treatment. Dr. Capote’s team at The Dent Neurologic Institute, with its active involvement in research, will be at the cutting edge. “Our involvement in clinical trials comes from a desire to provide our patients with the best possible outcomes there are.”

If you have an interest in finding out more about TMS or becoming involved in one of the many research projects currently being conducted, call the Dent Neurologic Institute at 716-250-2000 and the courteous staff there will do their best to address your needs. Even though other treatments haven’t worked in the past, there is hope. Most importantly, don’t be afraid to ask for help.

Horatio Capote, M.D. is the Medical Director of the Division of Neuropsychiatry at Dent Neurologic Institute in Amherst. See http://www.dentinstitute.com/new.html.

NeuroStar TMS has been included in the American Museum of Natural History’s new exhibit “Brain: The Inside Story”. NeuroStar TMS was selected to be included in the exhibit as it is one of the most innovative brain treatments available today. “Brain: The Inside Story combines Museum research focuses on evolutionary history and the diversity of life with the recent explosion in technology that is giving scientists a deeper understanding of brain chemistry and function,” says Michael Novacek, Senior Vice President and Provost for Science at the Museum. “For instance, we illustrate how some of the basic components of the human brain, such as the limbic system that allows communication and social behavior, are also found in other mammals.” For more information on the exhibit go to:
http://www.amnh.org/news/2010/11/first-look-at-brain-the-inside-story/

See the video for more information.