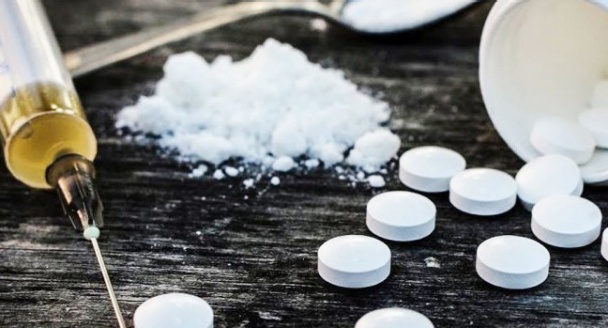 BUFFALO, N.Y. — The nation’s first Opioid Intervention Court (OIC) was established in Buffalo in 2017 after — in a single week — three traditional drug-treatment court defendants fatally overdosed on opioids before their second court appearance.

OIC aims to prevent such tragedies by offering medication-assisted treatment to nonviolent offenders with opioid-use disorder within hours of their arrest.

The purpose of the court could not be simpler: to keep people alive by getting them treatment. It is certainly one of the reasons behind the decline in opioid-related deaths in Erie County, with 186 deaths confirmed in 2018, compared to 251 in 2017 and 301 in 2016.

The court has attracted major national media attention, and become a model for a number of similar efforts in settings like Pennsylvania’s Cumberland County Opioid Intervention Court and Arizona’s Gila County Opioid Court.

While the court, in which University at Buffalo researchers from the Jacobs School of Medicine and Biomedical Sciences have been engaged since its inception, has clearly had an impact, policymakers and providers want evidence to show that the unique legal, social and psychological assistance the court provides contribute to positive results.

Starting this month, UB researchers, including those from the university’s School of Public Health and Health Professions, are working to provide just that.

With funding from the U.S. Centers for Disease Control and Prevention, they have begun a scientifically rigorous study to evaluate the OIC’s strategy and compare in various ways the outcomes of OIC participants with a group of participants enrolled in traditional drug treatment court.

People in traditional drug treatment courts also have substance use disorders, get the opportunity to enter long-term drug treatment and agree to court supervision rather than receiving a jail sentence. However, the wait for such treatment can be weeks — or longer — which often proves fatal to people addicted to opioids.

Designed to get nonviolent users into treatment within hours of their arrest instead of weeks, the OIC model requires daily check-ins with the judge and focuses on immediate treatment with medication and other opioid-use disorder treatments. Once their condition is stable, OIC participants transfer to a traditional weekly drug court.

“We will deepen our understanding about OIC and traditional drug-court participants over a 12-month period,” according to Linda Kahn, PhD, a principal investigator on the study and professor and associate vice chair for research for the Primary Care Research Institute in the Department of Family Medicine at the Jacobs School.

“This is important because people with the disease of addiction are vulnerable to relapse and we want to know if OIC helps them continue in their recovery,” Kahn added.

“The study ultimately addresses a leading cause of accidental death in the United States: drug overdose,” said Gregory G. Homish, PhD, professor and interim chair of the Department of Community Health and Health Behavior in the UB School of Public Health and Health Professions.

“The dramatic rise in opioid overdose fatalities is overwhelming communities across the country,” added Homish, the study’s other principal investigator.

Kahn and Homish hope that study results will influence public health policy and strategies around the issue of dealing with opioid addiction.

OIC is a public health approach to the problem of opioid substance-use disorder because it aims, first and foremost, to save lives, Kahn explains. “The OIC puts participants’ criminal charges on hold while getting them into treatment quickly and focusing on their recovery,” she said.

“We’re looking to improve patient outcomes, and want to make sure we’re connecting people with things that make a difference,” said Homish. “We’ll also look at whether people increase their ‘recovery capital’ through factors like connections to better housing and stable employment.”

OIC’s creation has prompted other cities to infuse this innovative public health approach into their drug court response. UB researchers believe that, if their study reveals that OIC makes a sustained positive difference in results, it “would promote the use of more programs like this nationwide,” says Homish.

The study will compare OIC and traditional drug court in four key areas:

The Erie County Department of Health, on behalf of the Erie County Opioid Epidemic Task Force (ECOETF), is also participating in the study. Erie County’s Commissioner of Health and ECOETF Co-director Gale Burstein, MD, MPH, is also a co-investigator, along with Richard D. Blondell, MD, professor emeritus of family medicine in the Jacobs School.

Evaluating the effectiveness of OIC is important because opioid addiction is a root cause of a broad range of issues that affect not just the individual but also their loved ones and the community at large, according to Burstein.

“We hope to demonstrate through an objective evaluation that OIC is an effective model to help those struggling with the chronic disease of opioid addiction. Erie County is developing some novel interventions, and we want to have evidence to show these interventions are effective,” Burstein said.