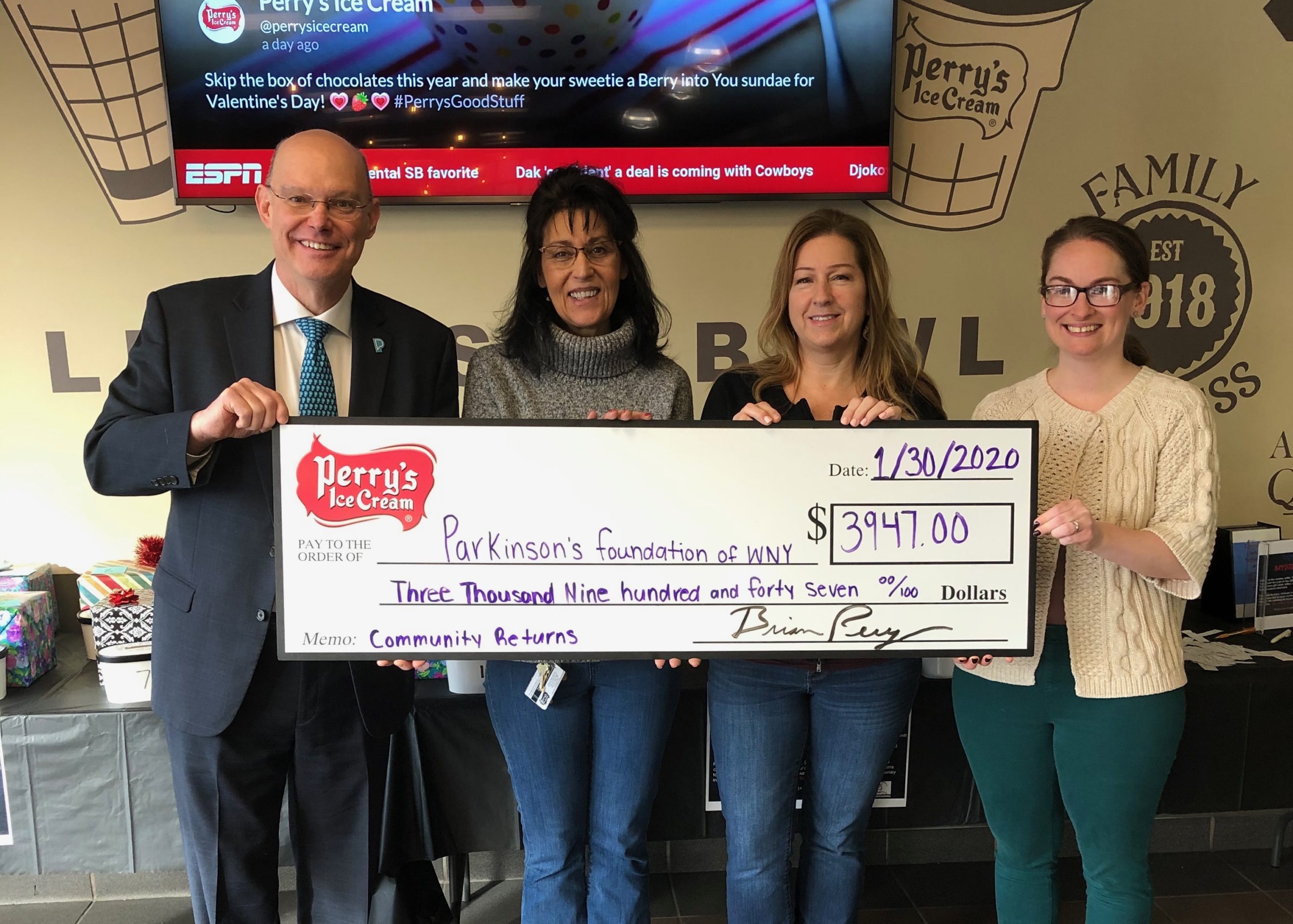 Buffalo, NY, 3 February 2020 – The Parkinson’s Foundation recently received a nearly $4000.00 donation from Perry’s Ice Cream. The monies were raised through the company’s Community Returns program. This program engages employees in a variety of raffles, games and product sales over a six-month period, which helps to accrue the funds that comprise the donation. Rob Alexander, a truck driver with Perry’s, suggested the Parkinson’s Foundation be selected as a beneficiary of the program. The funds will support programming for the Parkinson’s community as well as ongoing research.

Perry’s has long committed itself to giving back to the community. The Community Returns program has allowed them to support many local organizations working within our region. The organizations supported are all chosen from names that are submitted for consideration by employees. “By doing it this way, we are not only supporting great organizations, but we are also supporting causes that are important to our workers,” explains Sales Administrator Jayne Perry, a member of the Community Returns committee.

The committee selects two organizations to support each year. The Parkinson’s Foundation was designated for the second half of 2019, so all monies in connection with the program collected from July through December went into the final donation. The amount is kept secret until the check is revealed to the recipient. “On the drive over, I was trying to guess what the amount might, but I had no idea. When I saw the check, I was floored by the size of the donation,” said Chris Jamele, development director for the Parkinson’s Foundation New York and New Jersey Chapter.

The donation will help to fund efforts by the Parkinson’s Foundation, like the annual Educational Symposium in April, a Care Partner Summit in May and ongoing research into effective treatments and, ultimately, a cure for this chronic, progressive neurodegenerative disease. “Over the past six-months, we have learned so much about what the Parkinson’s Foundation does and how it helps the community. We were very happy to be able to support their efforts,” said Stephanie Sullivan, administrative assistant and a member of the Community Returns team.