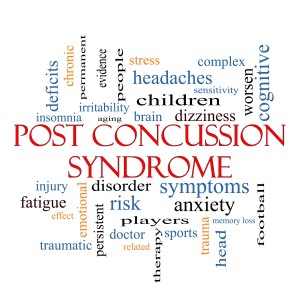 Concussion is a mild traumatic brain injury that occurs when the normal functioning ofthe brain is disrupted by a jolt or blow to the head. Though symptoms of a concussion can be subtle, common signs include headache, dizziness, sleep disturbance, mood changes, and attention issues.

“Recognition and proper management of a concussion is crucial to avoiding additional serious injury. A repeat concussion that occurs before the brain recovers from the first puts the individual at risk for a more severe permanent brain injury,” says Jennifer McVige, M.D., MA, of DENT Neurologic Institute (DENT).

McVige is particularly concerned about additional serious injuries following a concussion, and says, “Post-concussion evaluation and management should be performed as soon as possible after the injury,” says McVige. The concussion team at DENT offers comprehensive assessment by a board certified neurologist, followed by additional diagnostic on-site testing. Ordinary imaging studies are often used to rule out structural injury. McVcVige adds, “Although most concussions will not create noticeable changes in such scans, new functional MRI and CT techniques now available at Dent can offer additional insights on the seriousness of the injury and the state of healing.”

“Performing proper cognitive tests is critical in monitoring patients who have sustained a concussion,” says McVige. DENT neuropsychologists use a variety of tools to quantify the patient’s ability to think, react, and remember. Among these tools is a computerized scoring system known as ImPACT. It is recommended that athletes 10 years old and older receive baseline ImPACT testing to compare brain function before and after injury.

“The brain is a complex organ, and the specific nature of the injury may be quite different from patient to patient,” explains McVige. When the prevailing symptom involves headaches, patients are treated at the Dent Headache Center. If dizziness is involved, patients are referred to DENT’s Dizziness and Balance Center. Those with sleep difficulties are assessed at the Sleep Center, and those with behavioral and psychological issues receive treatment at DENT’s Neuropsychology and Psychiatry Centers.

DENT pediatric neurologists are accustomed to treating children, who can be particularly difficult to assess because of fears, anxieties, or difficulties in communicating their symptoms. DENT also has a Concussion Support Group that is open to providers, patients, and family members the third Wednesday of every month. The DENT concussion team is also committed to treating and preventing concussion injuries, and educates students, teachers, parents and coaches regarding this important subject. To arrange for an educational presentation at no charge to your organization, call 716-250-6004. To make an appointment at the DENT Concussion Clinic call 716-250-2000.