Vaccine for Alzheimer’s Brings Hope to a Buffalo Woman

A New Ground-Breaking Vaccine for Alzheimer’s Brings Hope to a Buffalo Woman – Perhaps it may help you too! 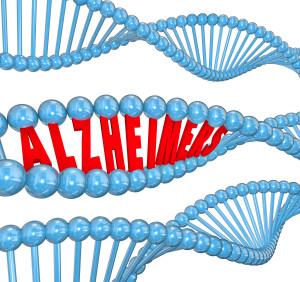 Several months ago we wrote about a local clinical trial at DENT Neurologic Institute involving a vaccine that might be able to prevent or slow the progression of Alzheimer’s disease. Since November is National Alzheimer’s Awareness month, there is no better time to tell you that the physicians and researchers at DENT are now seeking more participants.

“The presence of amyloid plaques and neurofibrillary tangles are the hallmark signs of Alzheimer’s,” according to DENT Clinical Pharmacist Michelle Rainka, Pharm. D. Scientists believe abnormal processing of a brain protein causes fragments to clump together to form plaques. But what really has everyone excited at DENT is a vaccine in which antibodies target and attack soluble amyloid fragments before they turn into plaques.

Horacio Capote, M.D. Medical Director of the Division of Neuropsychiatry at DENT, is principal investigator of this groundbreaking anti-amyloid treatment study. “When we realize that Alzheimer’s begins in the brain 10-20 years before a person experiences memory loss, it makes sense that earlier treatment would be more effective. This vaccine is the first evidence we have that targeting soluble amyloid can slow progression of this terrible disease, and we need more people to participate,” says Capote.

The study, known as the A4 trial (Anti-Amyloid Treatment in Asymptomatic Alzheimer’s Disease) is the first of its kind, in that it allows patients with amyloid plaques to receive an anti-amyloid vaccine before they have symptoms. Participants must be ages 65 to 85, and be at risk for memory loss associated with Alzheimer’s. Patients are screened with memory questionnaires and undergo a PET scan for signs of amyloid developing. Those who qualify can receive the vaccine, and those who do not continue to receive monitoring from DENT physicians.

One local patient inquired about the study as soon as she read about it because her mom had died of Alzheimer’s. When tests confirmed the presence of amyloid plaques, she immediately agreed to participate. She hasn’t experienced any side effects from the vaccine, and hopes it will delay or prevent her from getting the disease.

Rainka says most of people who have come forward to participate did not qualify because testing did not reveal the presence of amyloid plaque. She adds, “That’s why we need more people to contact us. At the very least, we helped allay their fears and put their minds at rest. And patients do qualify, we are giving them a treatment that offers hope.”

DENT is one of only 60 sites around the world working on a way to slow or prevent Alzheimer’s disease. In addition to the A-4 trial and vaccine, DENT physicians and researchers are also conducting several other studies to combat Alzheimer’s that offer the opportunity for volunteer participation. All participants receive compensation for their time and travel. Dr. Capote encourages anyone experiencing mild, moderate or severe memory problems to contact DENT at 716-250-2038.