New Tools and Support Could Help 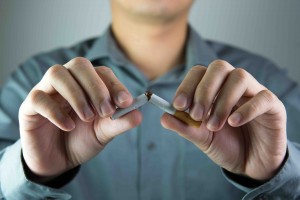 Cigarette smoking in our region has steadily declined since 2004, but rates in upstate NY continue to be higher than New York State and national averages, according to a Univera Healthcare (Univera) report.

“We’re releasing this report with the hope that those who resolve to quit smoking in the New Year may finally put an end to this life-shortening habit,” said Richard Vienne, D.O., Univera vice president and chief medical officer. “There also are a variety of tools available to help make that resolution stick,” Vienne added.

A provision of the Affordable Care Act (ACA) provides resources to help smokers quit. Most private health insurance plans offer tools, such as tobacco use screenings and cessation interventions for tobacco users. And women who are pregnant can receive smoking cessation counseling at no out-of-pocket cost. Stop smoking counseling also is covered for those with Medicare.

Vienne is disappointed that the rate of decline amongst smokers isn’t greater. He says, “Taxpayers have spent a fortune over the past 50 years to educate people on the dangers of smoking, New York has placed restrictions on where people can smoke, and the state’s taxes on cigarettes are among the highest in the country. Still, about 24,000 New Yorkers die each year from diseases caused by smoking, and 3,000 more lives are claimed by exposure to secondhand smoke. Smoking costs New Yorkers more than $15.6 billion annually in medical costs and economic productivity losses. “Imagine the great initiatives we could fund if we could redirect those costs,” says Vienne.

“We wanted to document 50 years of progress in reducing the impact of cigarette smoking on public health and health care spending, but instead found a 50-year trail of success and failure,” said Vienne. “Our hope is that those who resolve to quit smoking in the New Year will take advantage of the additional support available as part of the ACA so they can kick the smoking habit once and for all.”