Worst February in Years for Flu!

Univera Healthcare reviewed New York State statistics on confirmed cases of the flu for the past three flu seasons and found that once again, February looks to be when the flu begins to peak.

February of this year produced nearly the same number of confirmed flu cases reported in all of last year and more than all of the year before that.

“Many people incorrectly think that once the flu season has started, it’s too late for the vaccination to work,” said Richard Vienne, D.O., Univera Healthcare vice president and chief medical officer. “If you haven’t already done so, get a flu shot!” 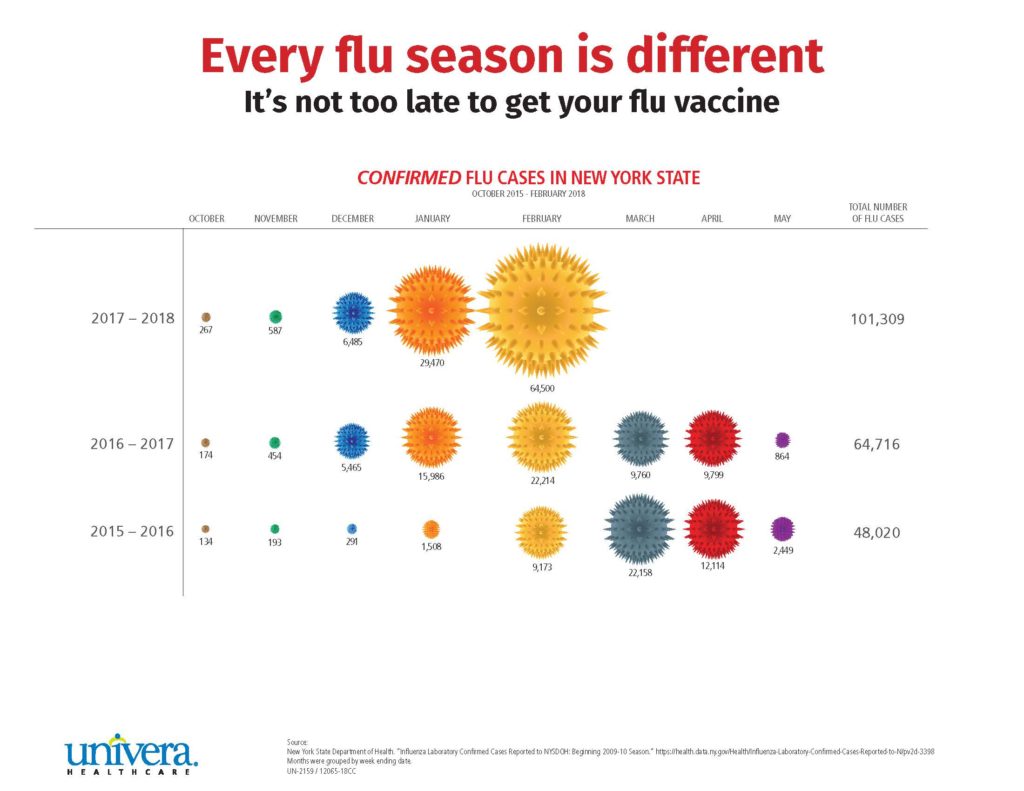 According to Vienne, as long as the flu viruses are circulating, people who haven’t been vaccinated are at risk of getting sick. He stressed that the flu season stretches into May and even beyond.

On average, 45,000 New Yorkers get the flu each year. Nationwide, the flu virus causes 200,000 hospitalizations and nearly 24,000 deaths each year, so Vienne cautions that the flu is not a virus to be viewed lightly.