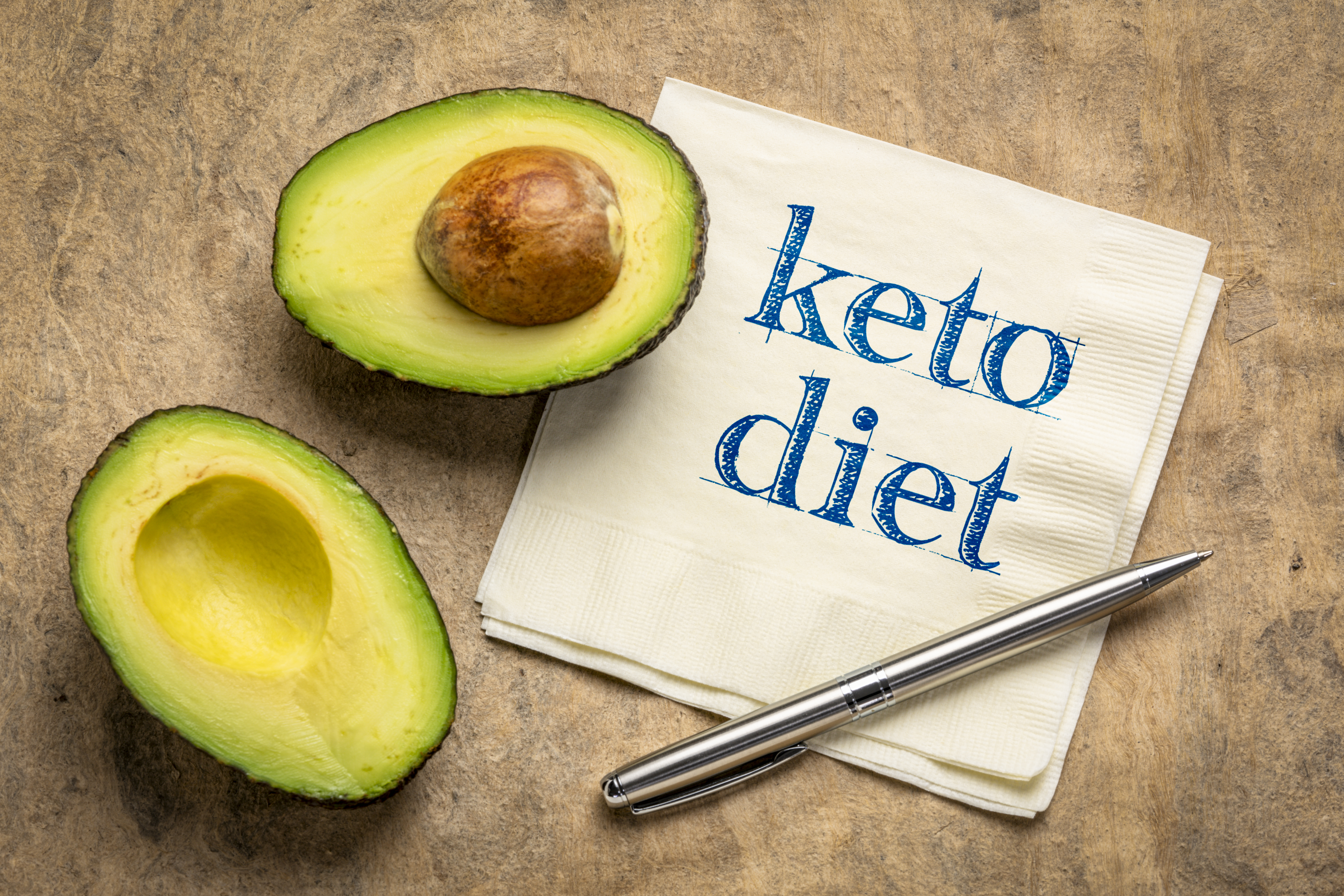 In the 1980s fat became the villain of American diets. Scientific studies dating back to the 1940s showed a correlation between high fat diets and high cholesterol levels, suggesting that low fat diets may prevent heart disease. Low-fat versions of everything from cheese to cookies became commonplace. To replace the texture and flavor that fat provides in processed foods, manufacturers added more sugar, salt, and other additives. Cutting back on fat corresponded to increased carbohydrate consumption, mostly in the form of refined, processed carbs like soda, juice, baked goods, and snack foods.

The ketogenic diet turns the Standard American Diet on its head — making fats the bulk of the diet at anywhere from 70 to 90 percent of daily calories and restricting carbohydrates to as few as five percent of caloric intake, usually equating to between 20 and 50 grams a day. Proteins are consumed moderately.

This high fat low carbohydrate diet was devised by Dr. R. M. Wilder back in the 1920s as a treatment for epilepsy. It was used widely for about 20 years, until antiepileptic pharmaceuticals became readily available and moved to the forefront of treatment, as the diet was considered difficult, rigid, and expensive. The reasons why the diet is effective for epilepsy are not fully understood; however one explanation is based on how the body gets energy while on the diet. Restricting carbohydrates to low levels depletes the body of glucose, it’s primary energy source. When glucose is not available, the body begins breaking down stored fat for fuel through a metabolic process called ketosis. During ketosis, the body produces byproducts of fat that break down into ketones. Ketones may also play a role in the diet’s therapeutic effect on epileptics.

Recent studies have been conducted to evaluate the effects of the keto diet on many other health conditions. It shows promise for athletic endurance, blood sugar imbalances, neurodegenerative conditions such as Alzheimer’s Disease, and even improving the effects of chemotherapy on patients with cancer. Many dieters report success, noting improved energy and mental clarity, reductions in hunger and cravings while eating less, resulting in weight loss.

Pitfalls of the diet are increased saturated fat intake, often from processed meats like bacon and full fat dairy, including heavy cream and cheese. Eating more saturated fat typically corresponds with increased blood cholesterol, a common effect of the diet. This may be reduced or avoided by focusing on unsaturated fats like olive oil, avocado, nuts and seeds. Risk of vitamin and mineral deficiencies from limiting nutrient-dense complex carbohydrates like vegetables, fruits and whole grains may also occur. People who adopt a ketogenic diet also tend to consume an inadequate amount of fiber leading to constipation and altered microbiome composition.

The bottom line? Though the short-term benefits and anecdotal results experienced by many are positive and exciting, the diet can be difficult to adhere to and there is no information about the long-term effects of eating this way. As with any diet, it’s important to remember that each person is unique and while some might thrive on the ketogenic diet, it is not for everyone.

Andrea Langston, MS, CNS, CDN, is an integrative nutritionist and owner of Thrive Nutrition & Wellness in Amherst. She learned the power of food after her diagnosis with celiac disease and is passionate about empowering clients to feel their best and thrive using food and lifestyle changes. Learn more at www.ThriveNutritionAndWellness.comor call 716-983-4474.