‘We Cannot Un-See What We Have Seen 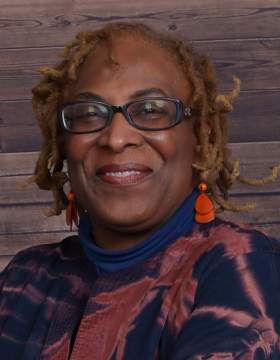 “We cannot un-see what we have seen,” says UB expert on race, class, and gender

UB law professor Athena D. Mutua sees the recent videos of police killing Black people and white people accosting Black individuals engaged in basic acts of living like the 2020 version of what the emerging television medium did for the civil rights movement.

“The message many Americans, including whites, took from these events was the suspicion that these country-wide incidents were not just the works of a few bad apples, but rather something quite systemic, institutional and/or structural,” says Mutua, Floyd H. and Hilda L. Hurst Faculty Scholar who was recently appointed to the U.S. Commission on Civil Rights’ New York State Advisory Committee.

Many determined: ‘This is not who we are or want to be.”

Mutua teaches business and civil rights and writes from the perspective of critical race legal theory. She volunteers with “Black Love Resists in the Rust,” young activists focused on policing and committed to building sustainable communities of color. She recently spoke with UBNow, offering her thoughts on basic issues raised during recent weeks of social protest.

The past few weeks have seen an unprecedented and comprehensive debate over police brutality, systemic racism, and race relationships. Is this a watershed moment for our country?

That remains to be seen. It could be simply another episode in a recurring pattern of protests in response to police abuse that might lead to a watershed moment. The protest ignited by the beatings and/or murders of Rodney King, Michael Brown, Freddy Gray, and now George Floyd represent significant markers in this recurring pattern.

Most people consider the civil rights movement a watershed moment because it resulted in the Civil Rights, Voting Rights and Fair Housing Acts of 1964, 1965, and 1968. These acts and court decisions rendered illegal practices of racial discrimination, segregation, and oppression.

But we learned that simply changing laws did not address the underlying practices and conditions of racial oppression. Laws could be under-enforced and re-interpreted to facilitate the ongoing operation of white supremacy.

So although the change was tremendous, the country was not fundamentally altered. I remain hopeful this is a watershed moment. Even if it’s not, it is still important because the community organizing efforts that inform the protests have been expanding since Trayvon Martin’s murder, and will continue to grow.

We cannot un-see what we have seen.

What have we seen? What message can we as Americans take from this moment?

We have seen a lot. Please allow me to elaborate.

We are living in a moment of three intersecting crises: health, economic and a social justice crisis related to state and private white violence against people of color.

Most Americans have been able to watch these events unfold because the pandemic rendered us homebound. We were at home, “sheltering-in.”

So first, we saw that our fragmented health care system, which fails millions in stable times, completely failed us during this crisis in terms of a national response, as did many of our leaders.

We then figured out that the privilege of sheltering-in was provided to us not by the billionaires so loved by politicians, but by nurses, grocery store clerks, delivery people, and janitors. And yet we watched as the same few wealthy people and institutions benefitting from tax cuts two years ago took the lion’s share of the limited pandemic support government provided. Further, they seemed to advocate for the power to force people back to work while lobbying for a law to shield them from responsibility if those workers became sick on the job.

In the process, we learned that Black people were disproportionately dying from the virus due to long-term inequities in health care and society. They were at greater risk in the first place because they tend to be poorer, and so many constituted a lot of those nurse’s aides, delivery people, meatpackers, and janitors, allowing us to stay home.

We then saw two videos in a 24-hour period that further demonstrated the real state of “race relations” in the United States. The first showed Amy Cooper’s malevolent performance in New York’s Central Park. The other showed police officer Derek Chauvin squeezing the life out of George Floyd in broad daylight. We also were slowly learning about the vigilante murder of Ahmad Arbery and the police shooting of a sleeping Breonna Taylor.

This we saw in the larger context of viewing almost daily videos from all over the country of police killing Black people with impunity and of white people accosting Black folks engaged in basic acts of living. These videos function today much as the emerging television medium did during the civil rights movement in revealing the clear malice and depraved indifference to Black life by a people shaped, conditioned by and steeped in the ideology of white supremacy.

For many white people, white supremacy is internalized as a sense of superiority, which entitles them to tell Black folks what to do, and which expects Black folks to do it. For police, this “do as I say” view is empowered and institutionalized.

The message many Americans, including white people, took from these events was the suspicion that these country-wide incidents were not just the works of a few bad apples, but rather something quite systemic, institutional and/or structural.   Many determined: This is not who we are or want to be.

What we saw next was a diverse multitude of people in almost every U.S. city and town rise up and say enough is enough.

Have meaningful changes been put into effect concerning the way minorities are treated at the hands of police?

Not really. A plethora of reforms is underway. Few address the central demand of protesters, which is to defund the police and invest that money in the kind of efforts that really make communities safe.

There are no armed occupying forces in safe communities. The police might do a drive-by and community members can certainly summon them. But these communities are safe primarily because they are resource-rich with jobs, good schools, health care facilities, mental health care, restaurants, grocery, and other stores.

Most of the reforms underway, including Mayor Byron Brown’s modest reforms in Buffalo and the more expansive reforms in the George Floyd Justice in Policing Act recently passed by the House, include policies meant to improve police accountability (after an encounter) and bans on such practices as police chokeholds. Historically, most of these reforms have failed, unable to secure basic compliance from the police. And even though crime rates have decreased, police budgets continue to mushroom.

I am with young people. One idea is to decrease police funding by 20% each year for four years while radically beefing up community capacity and supports.  We might first focus on access to other emergency and mental health providers, jobs, and efforts to build transformative practices for resolving interpersonal conflicts in marginalized communities. We may find we do not need police, given their skill set and ultimate purpose.

What is that skill set and the role of police?

The police are the coercive arm of the state. Their primary skill set is force, their primary purpose of social control. Americans largely understand this idea as control of “criminal elements.”

However, people who have studied the history of police and current police practices explain that Black, Indigenous and people of color (BIPOC), as well as poor folks, are seen as “criminal” almost by definition. Further, police target areas where high social disruption exists; impoverished communities suffer higher levels of disruption. Thus, scholars argue that the work of the police is to maintain the status quo in a fundamentally unequal society.

What needs to happen in concrete terms for us to really make this a country for all Americans, not just the privileged or racial majority?

Given increasing inequality, fragility in our social and economic institutions, and strains that climate change is already imposing, we need to change for the sake of our children.

Concretely we need to:

And then there are reparations …