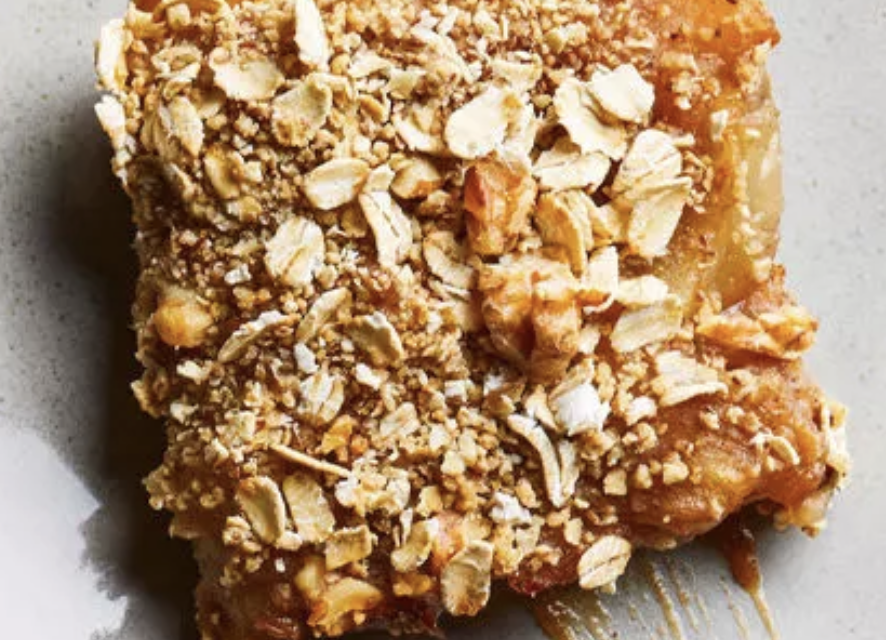 Bars & Filling:
Preheat oven to 375°F. Line a 9-inch square baking pan with parchment paper or use a silicone baking pan.
For filling, in a large saucepan combine apples and ½ cup of the cider. Bring to boiling; reduce heat. Cover and simmer 5 minutes, stirring occasionally. Add maple syrup, 1 Tbsp. of the lemon juice, cornstarch, and 1 tsp. cinnamon. Cook and stir over medium heat until thickened and bubbly. Remove from heat.
In a food processor combine 1½ cups of the oats and the next four ingredients (through salt). Pulse until mixed. With processor running, add milk until mixture starts to cling together and is slightly moistened. Transfer ½ cup of the mixture to a small bowl. For crust, press remaining mixture into bottom of prepared pan. For topping, add the remaining ½ cup oats and the walnuts to mixture in bowl; toss. Spoon apple filling over crust. Crumble topping over apple filling.
Bake 40 minutes or until bubbly around edges. Cool at least 30 minutes.