A chemical component in beer hops has been shown to improve brain function in lab mice. It may one day help with age-relative cognitive decline. 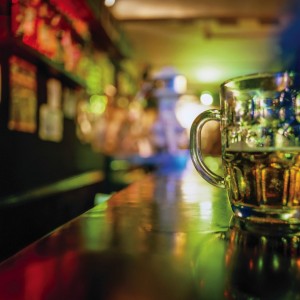 There is newfound reason to indulge in a pint or two of your favorite beer, and it’s not just to catch up and share a few laughs with friends. New research has shown that a chemical compound in beer may be able to improve cognitive function. The beverage once thought to obliterate brain cells when consumed in abundance may actually have the opposite effect and boost brainpower.

No one should run out and start imbibing just yet, however. The study that ran in Behavioral Brain Research in October 2014 was preliminary and only conducted on lab mice. During the study, scientists discovered that xanthohumol, a type of flavonoid found in beer, seemed to improve brain function in the young mice given xanthohumol doses. The cognitive flexibility of the mice was tested with a specially designed maze, and younger mice showed signs of intellectual improvement. Older mice showed no improvements. Researchers believe xanthohumol and other flavonoids, such as those found in red wine, blueberries and dark chocolate, may play a role in helping a person form memories.

The mice were given very high doses of the flavonoid. A person would have to drink roughly 2,000 liters of beer a day to equal what the mice consumed to show improvement. However, should a supplement hit the market down the road, it may just be possible for men and women to consume a potentially beneficial amount of xanthohumol without bellying up at the bar.

One of the goals of the xanthohumol study was to examine its potential efficacy at treating age-related deficits in memory. Xanthohumol also may benefit those with metabolic syndrome, a condition associated with obesity and high blood pressure, as it can speed metabolism and reduce fatty acids in the liver.

Flavonoids are plant compounds that often provide plants with their color. Scientists have attributed many health benefits to flavonoids in foods and plants and have even suggested flavonoids can help in the fight against cancer and heart disease. Xanthohumol is rare and is most often found in the hops commonly used to make beer.

While doctors and researchers do not suggest running out and consuming a few six packs right now in the goal of improving brain function and cramming for that next test, xanthohumol may one day be harvested from beer hops to slow down age-related memory deficits. HM151833