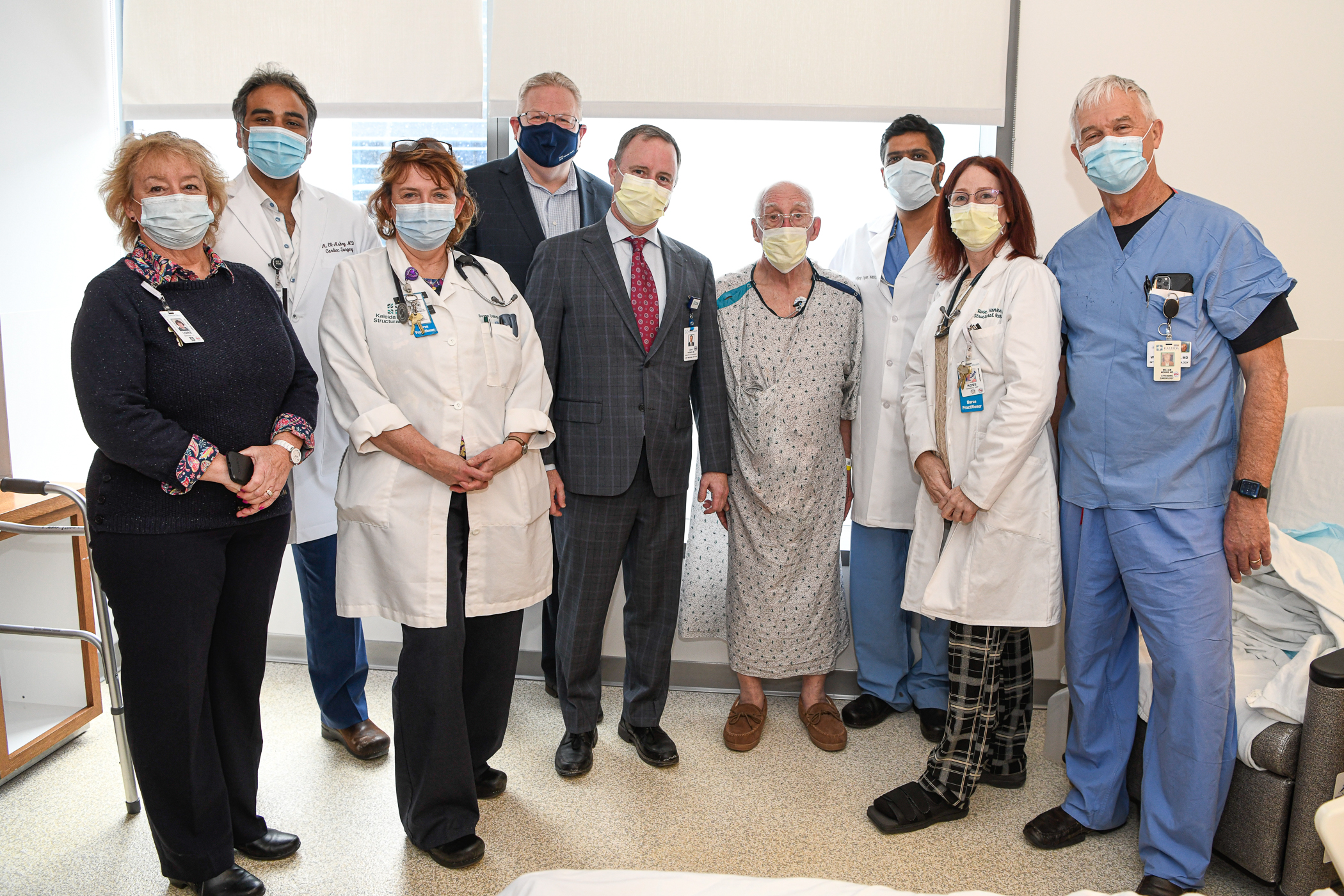 Vijay Iyer, MD, PhD, an interventional cardiologist and the medical director of the Structural Heart Program at Kaleida Health, attached a new valve to a catheter and guided it to Gillen’s heart through his femoral artery. The new valve was placed inside the diseased valve and opened like an umbrella, pushing aside the old valve and providing a new, clear pathway for blood flow.

After TAVR, patients like Gillen typically recover in the hospital for 24 hours, instead of the several days or more that are required after open-heart surgery. The risk of complications from the procedure are low and the valves have proven durable over time.

“I feel so fortunate to have a world class hospital within reach. The team saved my life and has given me the most wonderful gift of all: time with my family,” Gillen added.

According to the most recent New York State Department of Health data, the team at GVI leads the way in TAVR procedure volumes, performing more than any other hospital in the region with the highest success and lowest mortality rates.

“This milestone could not have been reached without our patients, who put their trust in us as we work together to pioneer a better way to treat heart valve disease,” said Iyer. “Our multidisciplinary team at GVI works hard to apply extensive research and the most advanced treatment options for our patients suffering from cardiovascular disease.”

GVI was one of a select group of U.S. hospitals utilizing this technology in 2012, and continues to be active in clinical trials for minimally invasive aortic, mitral, and tricuspid valve interventions today.

“TAVR has overtaken surgery as the preferred mode of aortic valve replacement in the U.S. TAVR is an option for all patients in all risk categories unless deemed to need concomitant coronary artery bypass graft or aortic root replacement,” according to Iyer.

Technology has evolved since the first transcatheter aortic valve replacement at GVI in 2012, resulting in smaller more malleable devices that are easier for physicians to deliver and implant. The team at Gates Vascular Institute, led by Iyer, completed its first five hundred TAVR procedures between 2012 and 2016. In less than two years, the team doubled the number of successful procedures to one thousand in August 2018.

“At Gates Vascular Institute we have been pioneering transcatheter valve therapy since its inception and we are still innovating the application of this technology,” notes Iyer. “Aortic valve replacement has added years and quality to countless patients’ lives and offers hope for others as we continue to work on effective nonsurgical therapies.”