Chocolate is delicious to eat, but has served many other purposes over the years 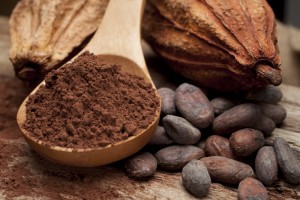 Many cannot resist chocolate, that beloved creamy, sweet confection derived from cocoa beans, milk and sugar. All over the world people love to indulge in chocolate, especially come Valentine’s Day. According to data from Leatherhead Food Research, Switzerland consumes more chocolate per capita than any country in the world. Ireland, the United Kingdom, Austria and Belgium round out the top five.

Despite its apparent popularity in Europe, chocolate was first popularized in Mexico where cocoa beans were used more than 3,500 years ago. It wasn’t until the last 200 years that chocolate turned became the sweet treat we know and love today. Aztecs believed cocoa had aphrodisiac properties, and chocolate contains a chemical called phenylethylamine, which is released naturally in the body when a person falls in love. The aroma of chocolate can induce relaxation, and chocolate also contains dopamine, a natural painkiller.

While chocolate is now used primarily as a food, over the years it had many other uses. Here are some of the many ways people have used chocolate throughout history.

Chocolate has been tempting taste buds for thousands of years. It’s also been used in some very unique ways, even if, come Valentine’s Day, the majority of people would be content just to eat it. TF152929