Coffee As a Pathway to Peace 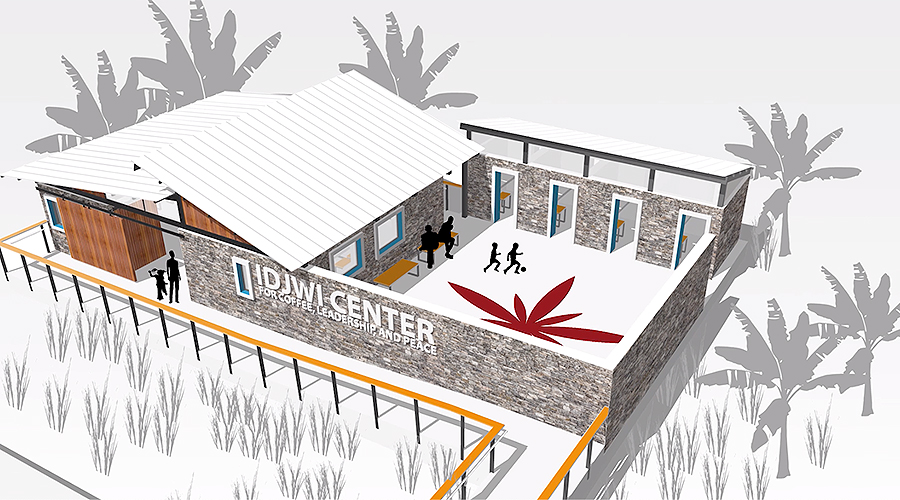 Coffee as a pathway to peace: Accommodating people with disabilities

It sounds strange. And yet, on an island in the eastern Democratic Republic of the Congo, that’s exactly what’s percolating.

University at Buffalo researchers are working with an international development organization and local coffee cooperatives in this central African nation to provide new economic opportunity by leveraging specialty coffee and the region’s potential to produce high-quality beans that can be sold at a greater profit. They’re focusing on creating job opportunities in the coffee value chain for survivors and victims of landmines on Idjwi Island in the Lake Kivu region of the Congo, where the altitude —it’s nearly a mile above sea level — rainfall and latitude are perfect for growing coffee. But decades of military conflict have embroiled the surrounding area, and landmines and other remnants of war lurk where coffee could be grown.

Coffee is often produced in current or former conflict regions, and its economic vitality adds to the risk. Coffee industry workers in the Congo have been maimed by landmines, leaving them with injuries that make it difficult to maintain, or find, gainful employment. This is where Korydon Smith comes in. He’s one of a handful of people who have expertise working on inclusive design projects in global contexts, with a goal to improve the health, satisfaction and quality of life for people of all ages and abilities. Smith, chair of architecture in UB’s School of Architecture and Planning, was sought out by Michael Lundquist, executive director of the Boston-based Polus Center for Social & Economic Development, because of his experience in this field.

“The DRC is an emergent coffee-producing region where quality and productivity are improving,” says Smith. “With added knowledge on the farming side,and knowledge about what produces a high-quality cup of coffee, they can enter into that market even further.”

Smith and the Polus Center are collaborating with CPNCK, a coffee cooperative established in the eastern DRC in 2011, to build a new administrative building that will include training space and a station for cupping, the quality-control process in which trained testers — called “Q Graders” — sip java and note the tastes and aromas. The project has three main objectives:

“We’re looking to develop design standards that could be used in a variety of different countries and geographies around the world,” Smith says. “Our aim is to improve the quality of coffee by improving the design of facilities.” By building a facility that’s designed to reintegrate survivors and victims of landmines into society, the project will complement peace-building efforts already underway in the region. “A big part of peace-building is giving people economic opportunity,” Smith adds.