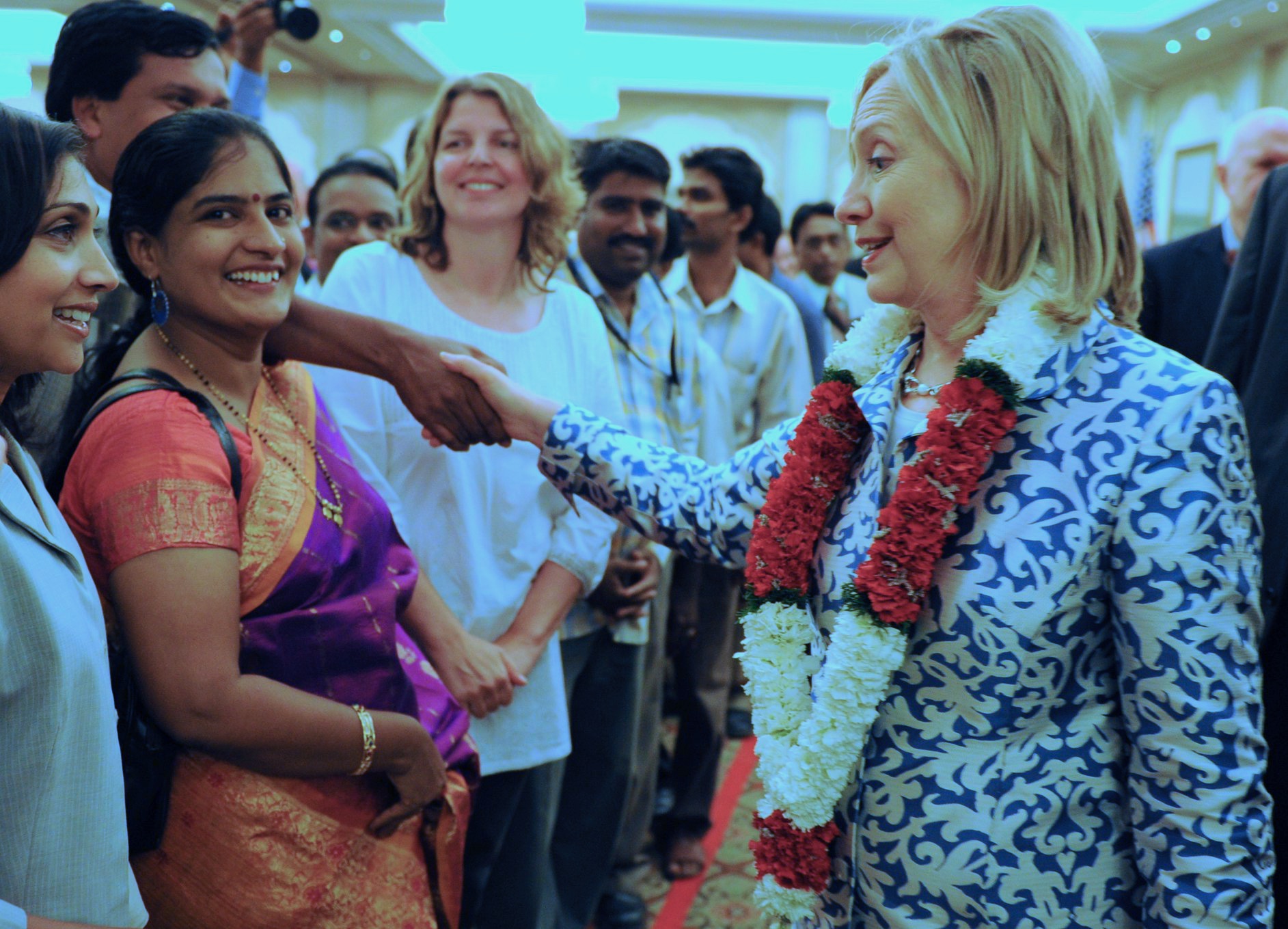 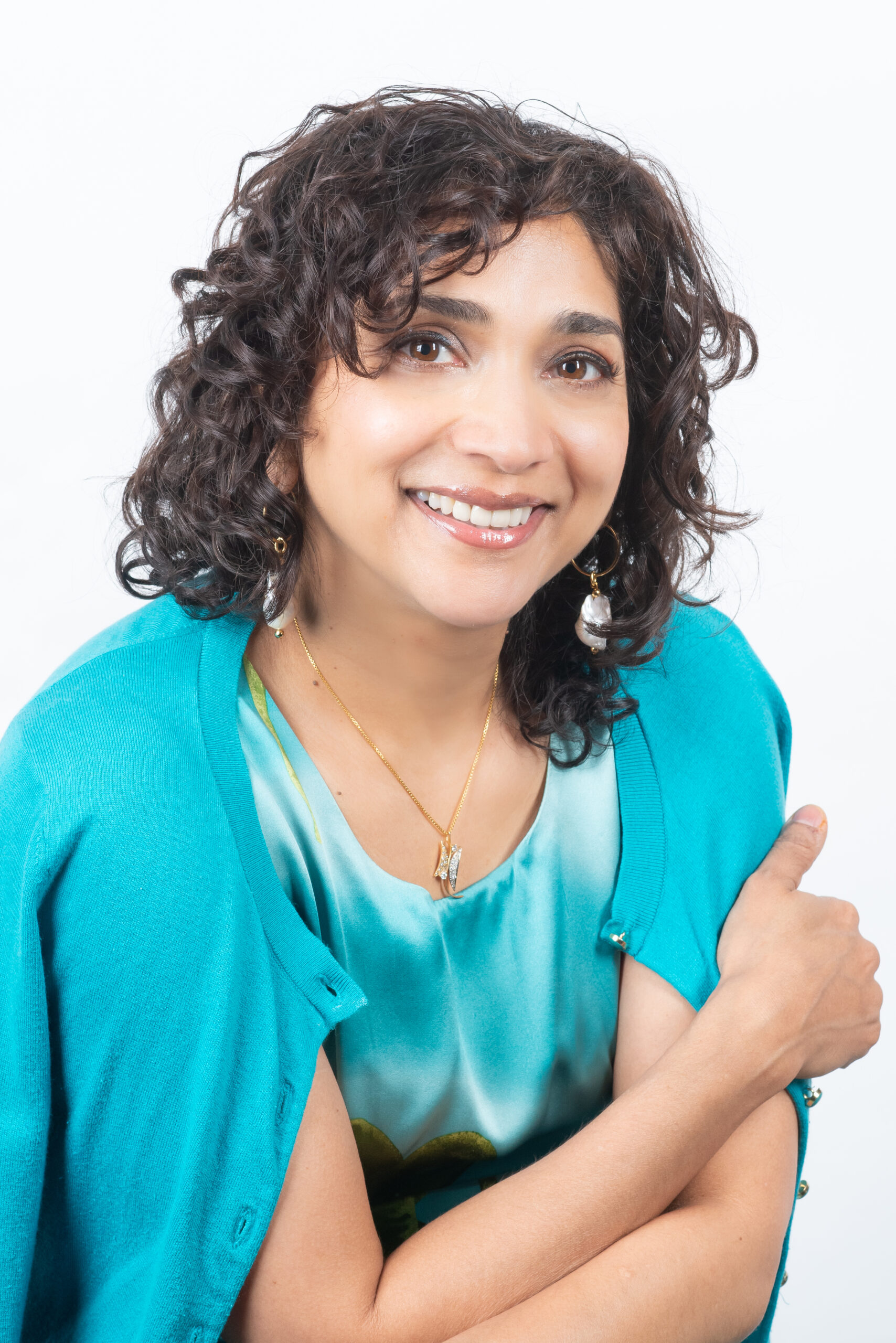 Asha Beh is a Multimedia Managing Editor & Producer, Alumni Outreach Specialist, and Digital Strategist for the U.S. State Department in Washington, DC. I first met Asha when she interned for me when I was the Marketing Director for one of Buffalo’s largest law firms. She had been pursuing a degree in Communications from UB, and contemplating a career in law. When she realized her passion was in media, Asha became a reporter for a small newspaper, but soon left for DC, pursued various opportunities, interned at National Public Radio, and received a graduate degree in Journalism from American University.

Asha and I stayed connected throughout the years, and we recently caught up while she was visiting her parents. Asha was eager to fill me in on some of the exciting programs she is working on at the State Department.

“I work in the Bureau of Educational and Cultural Affairs at State, also known as ECA. ECA offers hundreds of academic, cultural, sports, and professional exchanges, as well as public-private partnerships, to U.S. citizens and people around the world. We also have envoy programs for artists, athletes, and others. Yo-Yo Ma and Misty Copeland have been arts envoys, and Shaquille O’Neal and Kareem Abdul-Jabbar have been sports envoys. Exchange program participants, envoys, and U.S. Speakers build people-to-people ties between countries — they can connect across borders when governments sometimes cannot. After completing an exchange program, it’s not the end of the exchange or the connections between exchange program participants and the people they met. Once people become Exchange Alumni, they often build on the skills they gained through their exchange to improve foreign relations and strengthen the national security of the U.S., support U.S. international leadership, and help break down barriers that often divide us.

“That’s where the Office of Alumni Affairs — where I’m on the outreach team — comes in. We offer grant opportunities and resources to help alumni build on their exchange experiences. For example, U.S. citizens who have completed an exchange program can apply for a Citizen Diplomacy Action Fund (CDAF) grant or take part in Career Connections Global + seminars to build their professional skills,” Asha says, adding, “There are over a million U.S. and international exchange alumni worldwide, and they are making a big impact in their community and around the world. They are heads of state, Nobel laureates, and Pulitzer Prize winners. Others have been named to Time Magazine’s 100 Most Influential List or the Forbes 50 list for their country, and winning prestigious awards for their endeavors.”

Looking back, Asha shared many wonderful experiences in her career, starting with her time at America’s Black Forum, a nationally syndicated weekly talk show targeted to an African American audience. There, she worked with civil rights activist Julian Bond, sports anchor James Brown, and journalist Deborah Mathis, among others; writing press releases, coordinating ads for the show, and logistics for each guest; she even booked basketball hall-of-famer Kareem Abdul-Habbar for one of ABF’s special series. “It was a small shop, and I wore many hats in that job — it was a great place to learn many aspects of broadcast television.”

From ABF, Asha landed her next job at CNN, where she helped produce popular programs like The Capital Gang, Reliable Sources, Both Sides with Jesse Jackson, and Late Edition with Wolf Blitzer. During grad school, Asha had did an internship with Bloomberg Business News. When she moved to the New York City area from DC, she was able to draw on her business news experience at CNBC.com, where she was a website producer and worked in coordination with CNBC-TV producers and talent. “The web was new at the time, and we were challenged with getting people to visit our website. One thing we did was to share the TV guests’ stock picks, interviewing each guest for two additional stock picks that would only be available on our website. Those stories were a hit!”

By this time, Asha and her husband Matt, whom she had met in DC while she was at ABF and he was working on the Hill, were expecting their second son and looking to the future. Matt had always dreamed of becoming a Foreign Service Officer for the State Department and, about three years into their time in the New York City metropolitan area, he got the call. Their first post was Beijing, China, where Asha took some time off to raise her two sons and learn Mandarin, hoping to immerse herself in the culture. She managed to speak enough Chinese to navigate the food market and bargain for wares, a common and expected practice in China, but gaining acceptance in a closed, homogenous society was challenging. She also recalls the pollution in Beijing, saying, “We didn’t wear masks then, but we would now.”

After returning to DC for their next post, Asha got the chance to rejoin the NBC Universal family at NBC Washington, where she was able to use her broadcast and online skills as a multimedia producer. Then Matt got a post in Chennai, and it was time to move again. This time, Asha applied for a job at the U.S. Consulate, managing its website and social media presence. “When I began there, our Facebook page had 1,500 fans. By the time I left, we had over 150,000. I applied the local news principles we used at NBC Washington to connect American culture and Indian culture.” 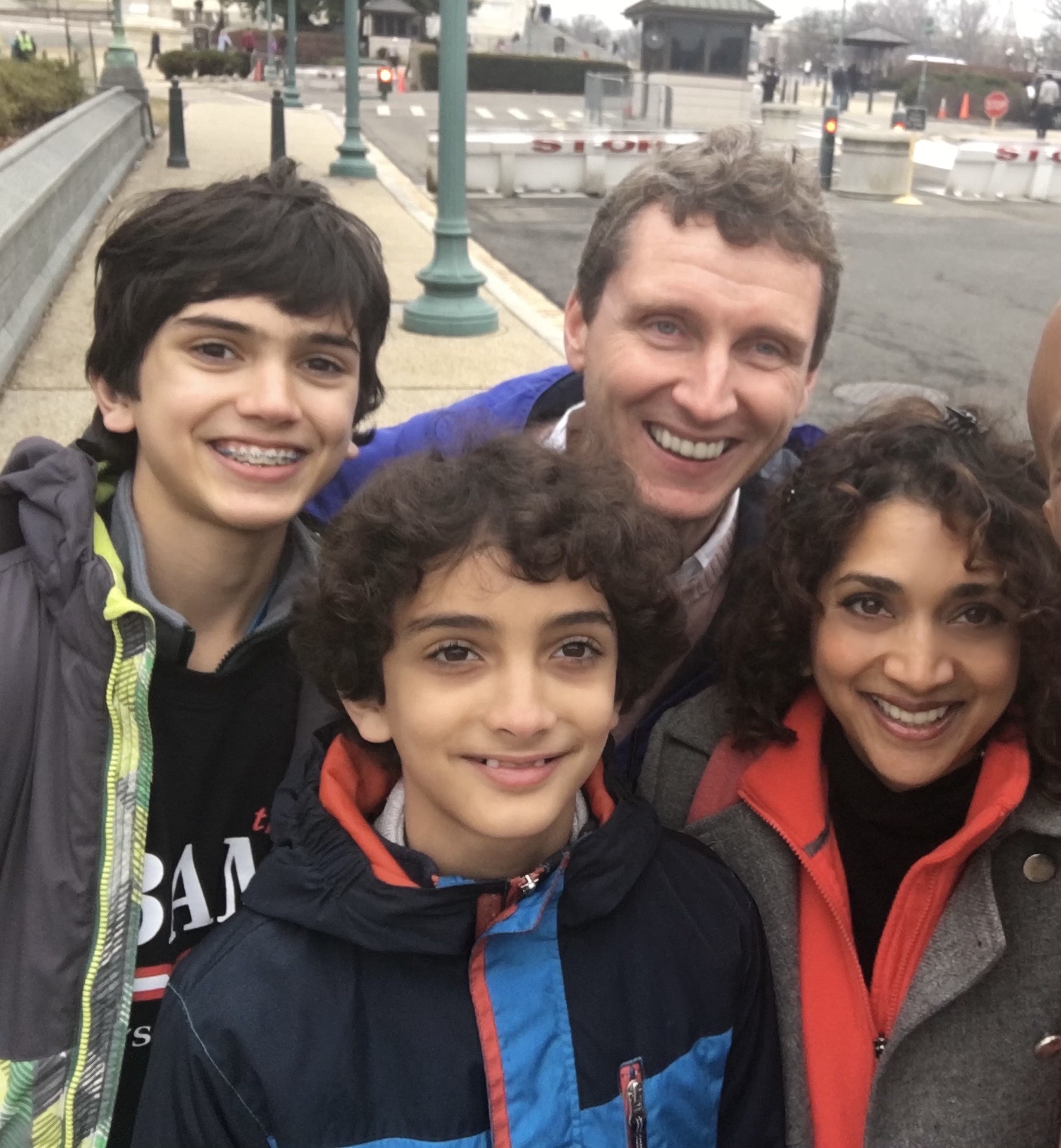 Asha and her family

As for life outside of work, Asha says, “Family, food, friends, and fitness keep me balanced.”Reflecting upon the pandemic, she says, “Connecting with people virtually is great, but there’s something special about connecting in-person. We’re humans, we need that in person connection. While Facebook gives the impression that we really know one another, we really don’t. In the past few months, I’ve had a chance to take long walks outdoors with a few of my colleagues. It’s those in-person times I remember more than our meetings on Zoom.” Asha has also found that the pandemic has brought her family together in ways they didn’t expect, but she also knows that it’s been hard on her teenage sons who miss going to school every day and seeing their friends.

In thinking about advice she’d offer to young people pursuing their own careers, she says, “Keep the door open to different possibilities. Know that you may have a five-year plan but say yes to different opportunities. Look for allies and mentors, and build your network, keeping in touch with people along the way. And, when you’re in a job, talk to your boss about the work you’re doing — check in, get feedback, offer solutions. “When I look back on my career, I would never have thought that my love for journalism would lead to working in government, but I get to use my journalism skills in my current role all the time, and I love it!”

Asha encourages high school, college, and graduate students; teachers; and other professionals in Buffalo and Rochester to look into exchange program opportunities at exchanges.state.gov/us (for U.S. citizens), as well as careers in the Foreign Service. There are exchange programs for writers, artists, journalists, filmmakers, performing artists, athletes, coaches, teachers and others. While many exchange programs are virtual right now, at some point they will open back up to in-person exchanges. Since the application process for some programs can take several months, taking a look now and preparing is helpful. Interested in working at the State Department? Visit careers.state.gov,where you can find opportunities and info about the civil service, foreign service, and other paths.

You can learn more about the amazing things exchange alumni are doing at alumni.state.gov. You can also pick up career tips from the virtual monthly series, MentorTalks at https://tinyurl.com/629p86te, and hear alumni sharing their awesome stories on a new podcast, Voices of Exchange at https://tinyurl.com/hn5bp8zs.