One Life. Just One. Run Toward Your Dreams. About the Cover: Howard Cadmus 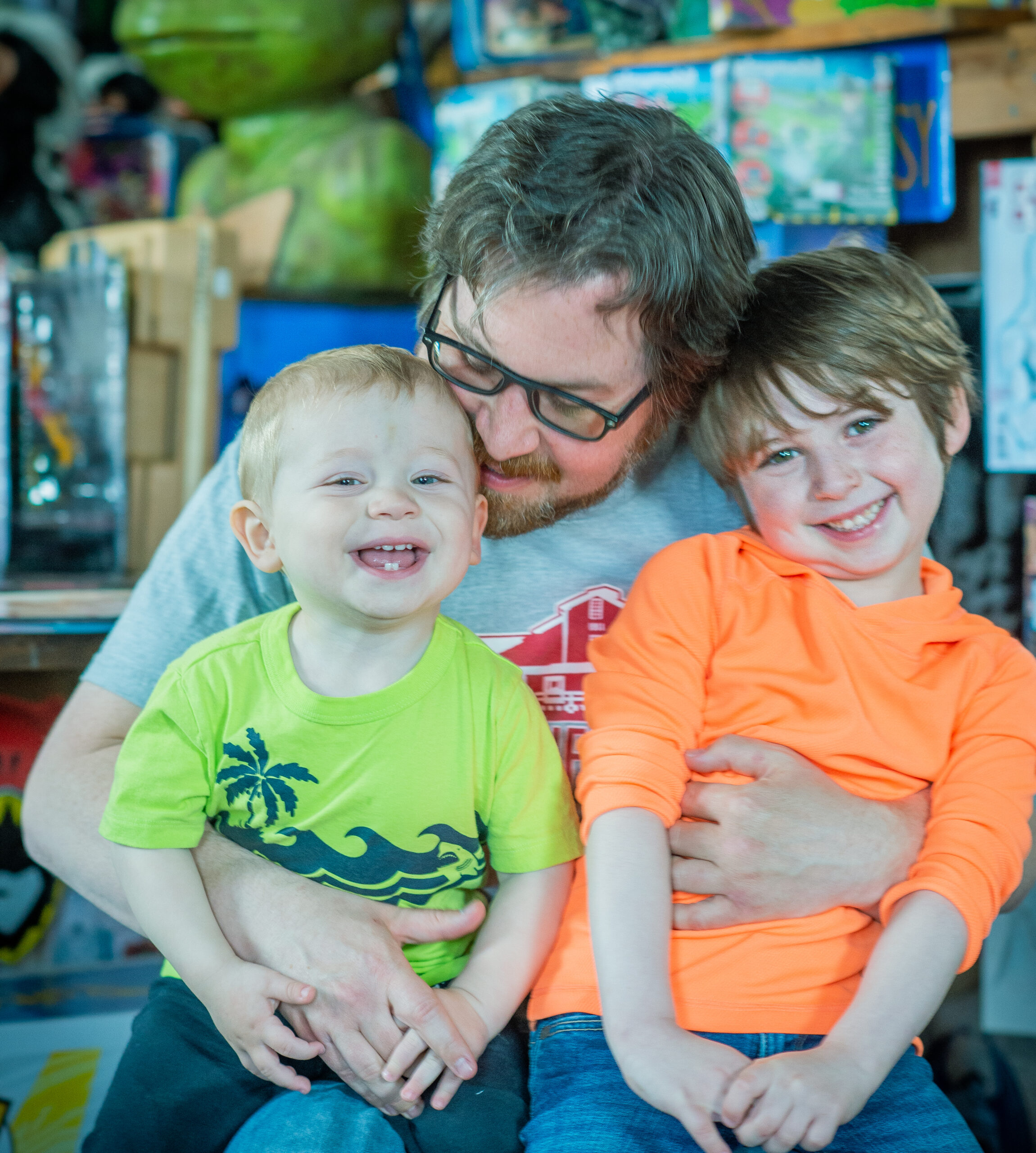 A lot of people know Howard Cadmus, not because he’s famous, but because he stands out — at least he does to me. I’ve known Howard for several years, follow him on Facebook, enjoy his thoughtful posts, and melt at the love he expresses for his children. He is the kind of dad every kid wants and a father who understands the importance of caring for his own health so that he can be there for his kids.

One reason people know Howard is because he owns the Mill, a 210-year-old landmark located on Spring Street in Williamsville. The Mill property consists of three buildings, and is home to Sweet Jenny’s, 1811 Comics, Mizuchi Dojo Martial Arts, and Howard’s law practice where he focuses on representing home buyers and sellers in real estate transactions.

A recent reflection on Howard’s Facebook page ponders, “One Life. Just One. Why aren’t we running like we are on fire towards our wildest dreams?” The observation says everything about Howard’s drive to live life to its fullest. In many ways, though, he says he has already realized many of his own wildest dreams.

Howard grew up downstate and knows firsthand what it’s like to be impoverished and endure a difficult childhood. “I was hesitant to become a dad. I grew up knowing that, in most things, if I try something and I’m not good at it, I can strive to do better. But I wasn’t sure I could be a good dad. I didn’t have a great role model. But, when my first son Carter was born, I thought, ‘Oh my gosh, there he is!’ From that moment, Carter became the heart that was living outside my body — my mini-me. I knew I could be the dad to him that I always wanted for myself.”

“I came to Buffalo 21 years ago to attend law school at UB, and never left. Western New York is an incredibly caring place. I’ve never seen so many big-hearted people who want to give so much,” said Howard. Caring is also the foundation for his family’s business model. “At Sweet Jenny’s, we support, volunteer for, and donate to organizations including the Food Bank, Feedmore WNY, City Mission, Children’s Hospital, to name a few.”

Regarding fatherhood, Howard says, “If you want your kids to be good people, you have to show them how by modeling that behavior and being accountable. I watch what I do and say as if others were watching me. You have to be real. I love being with them and doing what they love, whether it’s hiking, martial arts, or watching cartoons.”

Howard says, “Finding common interests and activities for kids isn’t always easy. My two kids are exact opposites. Where Carter, now five, is pensive, apprehensive, and studious, Cole, 19 months, is a rough and tumble little machine. But both are so special, and I couldn’t love them more.”

Howard also values learning. He says, “My great grandmother was a Holocaust survivor. One day, while taking a walk in the park, she mispronounced the word foliage as flolage. When I corrected her, she said, ‘All these years and no one corrected me. You see, no matter how old you are, there’s always something new to learn!’” Some of Howard’s greatest lessons have been those he learned from people who have less than he does. “When I see homeless people, I am grateful for the warmth of home.” Of his difficult childhood, he says, “I care about those less fortunate because when I had nothing else growing up, I saw the world as my family.”

Of marriage, Howard says, “Marriage is challenging but rewarding. Tara and I strive to be better and to be honest in a world that wants to be status quo.” Advice he shares is, “Forgive yourself and believe in yourself. If you have kids, treat them how you want to be treated. Remember that their opinions matter. They want to learn how to feel empowered, and to think and feel for themselves. And remember, anyone who has ever achieved success had someone who stuck up for them and taught them how to stick up for themselves.”

To stay healthy, Howard eats organic fruits and veggies, stays away from red meat, and walks 18,000 to 20,000 steps a day. He confines his sugar intake to his favorite homemade ice cream choice at Sweet Jenny’s — vegan peanut butter. Visit the Mill soon, where your kids can even search for hidden coupon rocks in Glen Park and save $1 off their purchase. Learn more at https://sweetjennyswilliamsville.com.