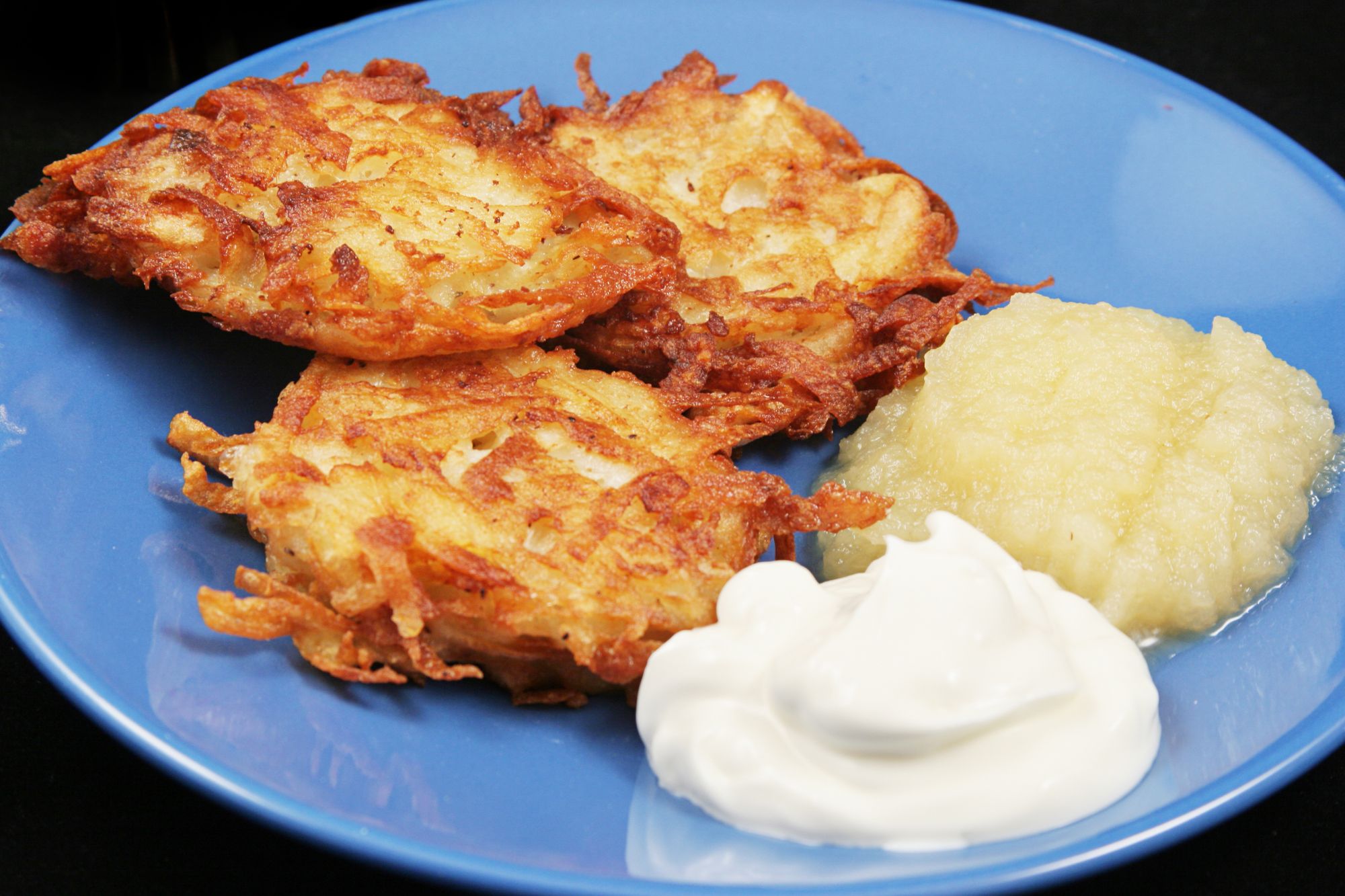 Potato pancakes (latkes) are traditionally served during Chanukah celebrations. Latkes is a Yiddish word that loosely translates to “little oily things.” Potato pancakes are not exclusive to Jewish cuisine. Germans have their own variation called “kartoffelpuffer.” The Irish have “boxty,” which are typically made with a combination of shredded and mashed potato before being fried. Many potato pancake recipes are similar, contain few ingredients, and fry up in a flash. Chefs recommend draining the shredded potato prior to cooking so that the pancakes fry up crispy, and so they are not soggy, or break apart.