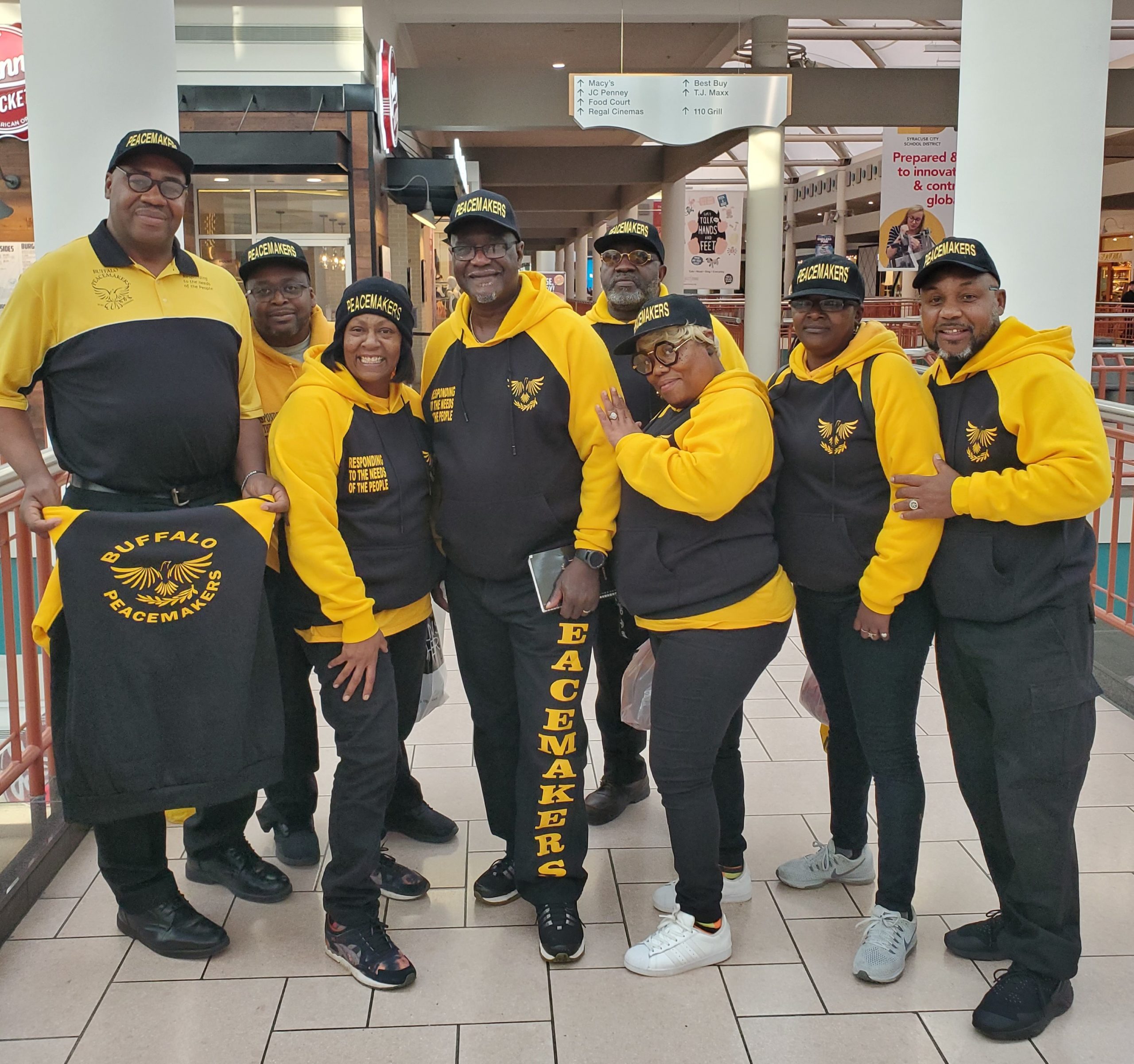 In the mid-2000s, Pastor James Giles stood in front of 71 gang members. He’d helped arrange one of the largest gang conflict resolution meetings in Buffalo’s history: 71 men from nine neighborhood gangs discussing their issues and exploring options for peace. He began with a simple question: “How many of you were raised in a two-parent home?” Only three raised their hands. Only four others were raised by a father. “That fosters a lot of bitterness,” says Giles.

That meeting sparked east side residents to confront violence on their streets by mentoring and redirecting youth to healthier lifestyles. They formed the Stop the Violence Coalition, and from that came The Buffalo Peacemakers, a group of neighbors who build trust, share advice, and mediate conflicts. And it’s working. Gang homicides decreased from 43 in 2014 to 18 in 2019. Gang violence dropped from 112 incidents in 2014 to just 36 last year.

The Peacemakers use a “nesting” approach, where its volunteers and some half-time staff get to know youth in “hot spots.” Their Safe Passage program stations them at corners where kids from different schools and gangs cross paths. They help thousands of kids get home daily, preventing fights and suspensions while keeping kids out of the school-to-prison pipeline.

The high arrest rates among young black men are especially concerning and deeply personal to Giles, who was also incarcerated as a young man. While jailed, he became determined to turn his life around. Yet after his release, he felt very alone, longing for a strong community of support. Nothing existed, so he founded one. The Peacemakers is part of Back to Basics Outreach Ministries, the not-for-profit Giles co-founded to address addiction, poverty, failing schools, and other east side challenges. It provides prisoner re-entry and restorative justice programs for people transitioning back to society.

“We’re Peacemakers – not Peacekeepers,” says Giles, acknowledging their limitations. “We create peace where the potential for violence exists. We stop confrontations from erupting. We have a presence wherever young people hang out…festivals, sporting events, the movies.” They also offer anger management, job training, and grief counseling. Most importantly, they help youth make better decisions to overcome the obstacles and inequities present in the low-income neighborhoods they serve, protect, and call home.

One neighborhood is Bailey Green, comprised of residents and businesses bordered by Bailey Avenue and Genesee, Colorado, and Scajaquada streets. It was one of Buffalo’s most run-down and dangerous areas. Dozens of abandoned houses were mainstays for drug dealers and addicts. Together with Harmac Medical Products, UB’s School of Architecture and Planning, and Habitat for Humanity, The Peacemakers created green space, distributed food, cleaned sidewalks, and provided jobs. A new Bailey Green Peacemakers headquarters will soon mentor youth and increase safety here, encouraging more residents to lend their voices to change and bring prosperity and pride back to a neighborhood once considered a “lost cause.” As Pastor Giles knows firsthand, no one is ever a lost cause.

If you’d like to support or join The Peacemakers, please visit www.back2basicsministries.org.

Mike Barone is the owner of STR8 4WRD Communications and a Buffalo Peacemakers supporter.