Slow down, speak up, inspire, be inspired and keep learning! 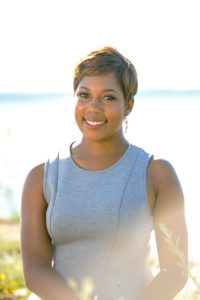 Chelsea Prophet is a fifth grade teacher at Buffalo School 79, where she teaches English and Language Arts. She always wanted to be a teacher, and recalls gathering up the neighborhood kids to teach them everything she knew. She also remembers her sixth grade teacher, Mrs. Johnson, who stepped outside box to impart her knowledge and mentorship. Chelsea said Miss Johnson was determined to make sure we knew the answers to an important questions about Black History Month.

Earning the title of Miss Buffalo during the 2008 scholarship pageant paid for one year’s tuition at Buffalo State College. “Being Miss Buffalo taught me to care about what’s happening in the world and to focus on cause.” Chelsea is passionate about the role of art in education. “I used to be very shy and introverted, but in my new role, I had no choice but to speak out to make a difference.”

“School 79 is one of few schools in Buffalo in good standing,” says Chelsea, who employs unique student engagement strategies to engage students through movement, technology, music, and non-traditional teaching methods. She uses kahoot, a game-based response system that uses technology to administer quizzes, discussions or surveys. Multiple-choice questions are projected on the screen, and students enjoy answering questions with their tablets and testing their knowledge in real-time. Chelsea also uses Plickers, a powerful tool that lets teachers collect real-time formative assessment data without the need for student devices. Kids see live data for kids answering the same question. She would like to see more tablets at the school, since kids don’t have access to computers at home.

“One of the greatest joys of teaching is listening to the kids’ conversations with one another,” says Chelsea. I love it when I hear them remind one another about something I said about being helpful and kind to one another, and how they more easily resolve conflicts. It makes me feel like I’m doing my job.”

Chelsea also talks about the lessons she learned from Dr. Lavonne Ansari, Executive Director of the Community Health Center of Buffalo, where she worked prior to becoming a teacher. “Dr. Ansari was like a second mom to me. I grew up with her daughter, who is my best friend. Dr. Ansari taught me that I had a voice that needed to be heard.” Working in health, Chelsea learned that too many people are unaware that they can receive routine medical care, instead of just during an emergency. She said, “New patients who came to the clinic learned about the importance of receiving ongoing care for themselves and their families in order to stay well. We were the first health center that provided medical care to the refugee population. It was rewarding to see entire families get healthier.”

When Chelsea isn’t teaching, you can find her at BikeorBar, where she enjoys spinning and TRX classes, working out at Body Blocks, or at Canalside. She says that high intensity training helps her get away from thinking too much. Chelsea follows a clean and healthy diet, but admits to occasionally indulging in her cheat foods – ‘froyo’ and fries.

Chelsea is grateful to her parents. Her mom is a Buffalo General Hospital nurse, and her dad is a former mentor at a group home. She wants people to think about her grandpa’s advice, “Slow down and enjoy what is going on around you,” and is inspired by Hillary Clinton, who she met during the opening of Artspace. She says, “I saw that Hillary was following her dream, despite what others said or thought. I also see her as a voice for equality for all women. I am hoping to see a female president soon.”