Chronic Cough or Cold Could Be COPD 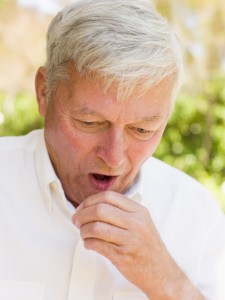 (SP) You may have heard the term COPD before — either in a radio or television commercial. COPD, short for chronic obstructive pulmonary disease, is a serious lung disease that over time makes it hard to breathe. Also known as emphysema or chronic bronchitis, it is the third leading cause of death in the United States, but as many as 12 million Americans don’t even know they have it.

According to Sarwat Khawar, MD, a specialist in Internal Medicine, with offices in Williamsville, Arcade and Springville, symptoms of COPD are often shrugged off as a normal part of getting older or a consequence of being out of shape. As the weather gets cooler and flu season begins, COPD symptoms can also be mistaken for that cold or cough that just won’t go away.  “But COPD can be a dangerous health hazard. If left untreated, it can have debilitating effects on everyday activities,” says Dr. Khawar. Affecting one in five adults in the U.S. over the age of 45 and an estimated 24 million Americans, as many as half remain undiagnosed.

“In people who have COPD, the airway tubes that carry air in and out of your lungs are partially blocked, making it hard to breathe,” explains Dr. Khawar. He adds, “The disease develops slowly and usually worsens over time. So don’t ignore the first signs of COPD, which include a chronic cough, hacking, wheezing and shortness of breath.”

COPD occurs most often in people age 40 and over with a history of smoking, affecting both current and former smokers; however, as many as one out of six people with COPD have never smoked. Other risk factors include long-term exposure to second hand smoke, certain chemicals, and dust or fumes in the workplace. In some people, COPD can be caused by a genetic condition known as alpha-1 antitrypsin, or AAT, deficiency.

“While there is no cure for COPD — early diagnosis and treatment can help people with the disease improve their symptoms and get back to the things they love doing,” said James P. Kiley, PhD. Director, Division of Lung Diseases, at the National Heart, Lung, and Blood Institute, part of the National Institutes of Health.” As we head into the colder months, take the first step to breathing better. Learn more about COPD and schedule an appointment to talk with your doctor or health care provider about your lungs.”

The good news is it is usually possible to diagnose COPD during a regular office visit with a simple, non-invasive breathing test called spirometry. Also, with proper diagnosis and treatment, people with COPD can live longer and improve the quality of their lives. If you or a loved one experiences any of the symptoms of COPD, take some time to learn more about it. Visit http://COPD.nhlbi.nih.gov for more information.

Sarwat Khawar, M.D., FACP specializes Internal Medicine, and treats patients from his offices in Williamsville, Springville and Arcade. The Williamsville office is located 8205 Main Street, Suite #14, Williamsville, NY 14221. To make an appointment to be tested for COPD, cardiac or other internal medicine concerns, call 716-632-3535. Visit Dr. Khawar’s website at http://www.sarwatkhawarmd.com