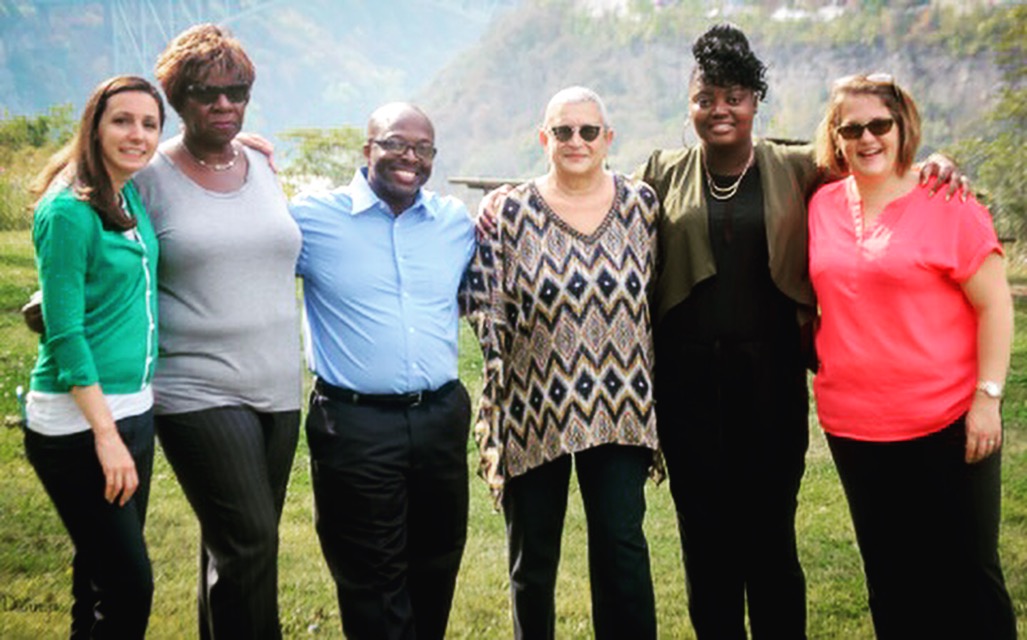 What does a healthy neighborhood look like to you? What does it feel like? Taste like? Smell like? These are the questions that lead conversations when Create a Healthier Niagara Falls Collaborative asks residents to envision what they want for Niagara Falls. The organization chose to include the word “healthier” in their name for a reason. There are already positive, healthy things happening in Niagara Falls every day, evident in its many assets — the beauty of a natural wonder, great parks, and friendly, welcoming people. However, it is the duty of residents, institutions, and government to continue to make it better.

The Collaborative’s work is based on the social determinants of health (the many factors that affect health) but aren’t often dealt with in a doctor’s office. The Collaborative formed workgroups around these topics, including food, housing, and behaviors, where local organizations come together to tackle issues.

The Healthy Food Healthy People workgroup has been developing the Niagara Falls Local Food Action Plan by compiling recommendations from surveys, focus groups, and workgroup meetings in which stakeholders provided feedback on the local food system. The plan represents a set of actions the community has wanted or needed for years. One recommendation of the plan is better food access in the city’s North End. To this end, the Community Development workgroup is doing a market study and issued an RFP to bring a grocery store to the neighborhood. As the plan rolls out, the Collaborative will continue to advocate for recommended improvements.

The Collaborative emphasizes a boots-to-the-pavement approach that is based on building genuine relationships with neighbors to improve community health overall. Brian Archie, Collaborative Co-chair says, “We haven’t cornered the market on connectivity, we just found a better way of doing it that falls in line with the residents we look to serve.”

Resident-led projects, with tools and support from the Collaborative, take on smaller issues at a grassroots level to enact big change. Charles Harris began Project Green Space as a resident-led project in 2015, with a desire to bring healthy, fresh food to the community and beautify his block. Charles later hired ten youth to build a community garden in partnership with the Connection, Planned Parenthood’s youth center. Since then, Project Green Space teens have fundraised through IOBY crowdfunding — with match funding from NY State Health Foundation, received several awards, and promoted healthy food choices in the community by cooking at local shelters and providing demonstrations at youth events.

Visit the Collaborative’s website and social media to keep up with other initiatives like the Healthy Behaviors workgroup and Youth City Council’s work reforming sexual education, Pop-Up Parks, and more resident projects. They are currently preparing for Walk the Falls, a walk/bike/run event in September. Last year, this event saw residents from all over the city walking up Main Street together, with hopes of restoring the vision of community that was once present there and making it thrive again.

Krista Ehasz the project coordinator of Create a Healthier Niagara Falls Collaborative. Learn more at www.healthierniagarafalls.org or by calling 716-777-1034.