Camila Rodrigues performs as Marie at Neglia Ballet’s The Nutcracker 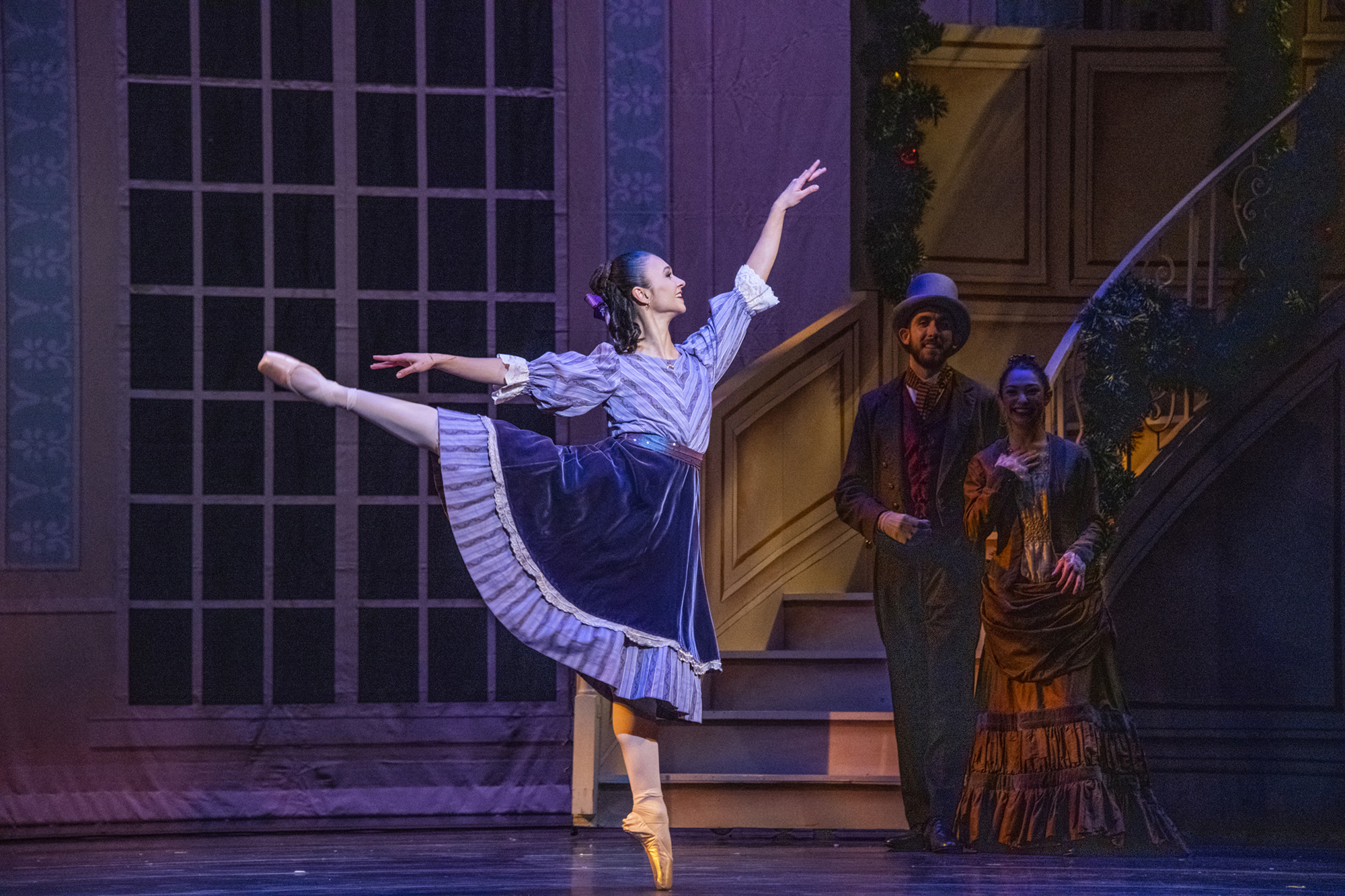 Brazilian Ballet Dancer to be Featured in The Nutcracker Production
The ballet dancer Camila Rodrigues, born and raised in Rio de Janeiro – Brazil, will be
playing the featured role of Marie in the most traditional ballet in the world, The Nutcracker,
in Buffalo – NY, with Neglia Ballet.
The story happens on a cozy Christmas Eve, where Marie anxiously awaits the arrival of
friends and family for the night’s festivities. When the guests finally arrive, a celebration
begins with dances and exchanging gifts. Suddenly, the mysterious Herr Drosselmeyer
arrives and entertains the children with magical tricks and life-size dolls. Herr Drosselmeyer
brings a special gift for Marie, a wooden nutcracker. In a jealous fit, Marie’s brother Fritz
breaks it, but Herr Drosselmeyer quickly repairs it. After the party ends, Marie’s family retire
for the night while Herr Drosselmeyer reads to her. She falls asleep and Drosselmeyer casts
a magical spell on her. Marie awakens when a mouse runs through the living room. The
clock strikes midnight. Suddenly, the room fills with giant rats that attack Marie. The
Nutcracker comes to life and leads life-size toy soldiers into a valiant battle with the Rat King
and his army of rats. The Nutcracker is injured and Marie delivers the final blow to the Rat
King after soldiers have shot him. Marie weeps that her beloved Nutcracker is dead, but
Drosselmeyer arrives and transforms him into a Prince. Marie and her Prince then dance
through a beautiful land of snow on their way to the magical land of the sweets.
Camila Rodrigues will be performing as Marie in both shows, December 3rd and 4th, at the
honorable Shea’s Performing Arts Center along with Buffalo Philharmonic Orchestra and
Neglia Ballet.
Performance times:

Tickets can be purchased at Shea’s website or at ticketmaster.