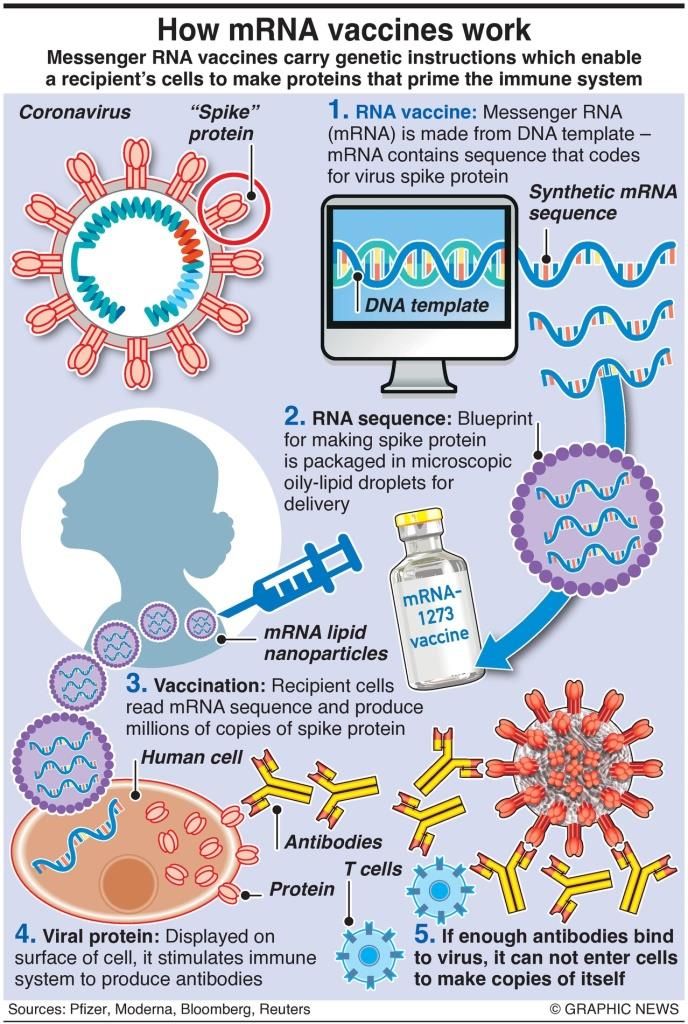 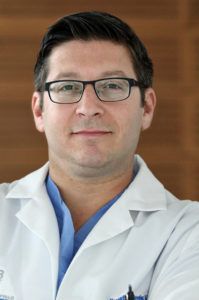 Knowing that how mRNA vaccines work in our bodies can be difficult to understand, it seemed like a good idea to check out Khan Academy, a website created specifically for students of all ages. There, a video explanation about mRNA vaccines created by a young student was helpful, but not quite enough.

The Pfizer-BioNTech and Moderna COVID-19 mRNA vaccines are the first to use mRNA technology. The vaccines more familiar to us use a weakened or inactivated (dead) form of the live virus that is then injected into our bodies to trigger our immune system to mount a response. The surface, or outer shell of the virus, is what triggers the immune response.

The mRNA vaccines don’t even use the virus

The amazing thing about mRNA vaccines is that the virus itself is not used at all. In fact, because of what scientists know about genetics, they can figure out the virus’ internal code and what the virus uses to make the proteins on its surface. Scientists can then trick the body by delivering this small piece of code into normal human cells. The normal cells then make parts of the virus surface on its human cellular surface. When our body sees this combination of a normal cell surface with components of the virus surface, our body thinks that the cell has been attacked by a virus and mounts an immune response.

How our bodies mount an immune response to the virus

Because our body has been tricked into thinking that the cells have been attacked by a virus, the body’s immune response kills the cells with virus on its surface. This is called innate response. Our body also learns how to target these surface proteins to block them. This is called adaptive immunity. Adaptive immunity is accomplished by generating antibodies, which are small proteins that bind or selectively cover these surface proteins. This blocks the virus surface proteins from attaching to our cells and blocks them from invading cells. These antibodies protect us by having an army of antibodies ready to immediately coat the SARS CoV 2 virus if it were ever to infect us and minimize the amount of virus that can bind to our cells.

Scientists who want to help people understand the difference between DNA vaccines and RNA are trying to put it in simple terms that people can understand. Dr. Shane Crotty of La Jolla Institute for Immunology compares the vaccine to the social media platform snapchat, in which a message delivered to a person immediately disappears after it is seen. Like the snapchat messages, RNA messages disappear shortly after it has been received by your body and your immune response has been built. Former CDC Director Dr. Tom Frieden compares mRNA to a deleted email, saying, “It doesn’t do anything to your immune system or the virus. However, the mRNA sends the instructions to your body’s “inbox” to interpret, after which it is erased. In other words, once your body has been taught what to do, it remembers, and no longer needs to keep the message in its inbox. Basically, mRNA gets chewed up in 5-10 days after your body receives it. This provides enough time for your body to learn how to fight the virus, which it then remembers forever.

What we really need to know

Most of all, we must learn to trust science rather than hearsay, because the sooner we all get vaccinated, the sooner we can protect one another. It’s the least we can do.

Check out www.khanacademy.org, a great resource for learning all kinds of things, and especially great for helping educate kids of all ages. Stay tuned for an upcoming article in the April issue explaining both DNA and mRNA vaccines.