Getting Older – Something to Look Forward To?

As an elder law attorney, I spend a lot of my day working with people who are older than me. We get together to plan for their “elder years.” You would think my job would be extremely depressing. But it’s not! I really enjoy the work that I do and the people I get to meet are generally happy. It turns out they have a reason to be – because of The U-bend of Life, a concept I’d never heard of, despite working in the field of aging for 20 years.

A recent article in The Economist explained it well. It turns out that people are happiest when they are young and when they are old, and that we hit our unhappiest bottom at around age 46. There are many theories about why this happens, but the statistics are universal.

Happiness and well-being have the subject of numerous scientific studies. Dartmouth 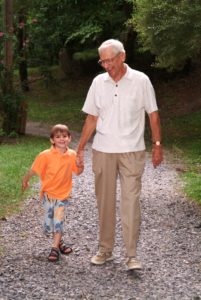 College researchers who examined 72 countries, found enjoyment and happiness dip in middle age, stress goes up in the early 20s but falls sharply after, and worry peaks in middle age. They found that anger declines throughout life and sadness declines after a mid-life peak. The researchers looked at external factors for answers including life experiences, education, and money. They found that increased happiness is more likely the result of internal changes because people behave differently at different ages. Older people are better at conflict resolution and have fewer arguments. They tend to be better at controlling their emotions, are less prone to anger, and better at accepting misfortune.

Why else do people seem to get happier as they age? Perhaps they accept themselves for who they are. They are okay about singing in the church choir instead of at the Metropolitan Opera. or being a branch manager instead of the CEO. Aging becomes a relief when we stop struggling against it. American philosopher and psychologist William James said, “How pleasant is the day when we give up striving to be young – or slender.”

Another beneficial side-effect of U-bend is that happy people are statistically healthier! They are less likely to catch a virus and tend to recover more quickly. While older people tend to be less healthy than younger people, their cheery attitudes help. Happier people are also more productive, which is great news for our aging workforce.

Many people think that an aging population is a problem we need to solve, but there are plenty of reasons to look forward to our elder years. So, while many of my colleagues in other fields work all day with people in their forties and fifties, I get to be with happier older people all day. I definitely picked the right job!

About the Author:
Laurie Menzies is a senior partner at Pfalzgraf, Beinhauer & Menzies, the only WNY law firm that focuses solely on elder law and estate planning. She is a frequent speaker on topics of aging and the author of Embracing Elderhood; Planning for the Next Stage of Life.