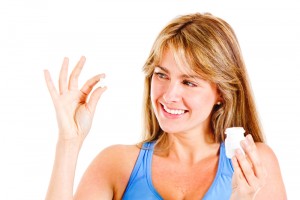 (BPT) – Today in the United States, an estimated 50 million women have reached menopause, and most will spend at least one-third of their lives beyond their final period, according to the University of Maryland Medical Center. Nearly 80 percent of women in industrialized countries experience hot flashes or night sweats, which can start years before menopause and continue for five or more years afterwards. For many, hot flashes are more than a minor or occasional irritation-they can be severe and frequent enough to seriously affect quality of life.

Though many suffer from menopausal hot flashes, relatively few may know the choices they have for relief. A recent women’s survey conducted online by Harris Interactive on behalf of the Society for Women’s Health Research (SWHR) found only 23 percent of women ages 50-64 were aware of the hot flash relief options-and just 10 percent have discussed non-hormonal options with their healthcare practitioner. Yet 69 percent reported they would be comfortable using natural, non-hormonal or natural approaches to help reduce their hot flashes.

Hormone therapies (HT) are considered the most effective conventional treatment for hot flashes, but are typically recommended at the lowest possible dose for the shortest duration possible to relieve symptoms. Not all women, however, may feel comfortable using HT. Natural, non-hormonal approaches available to address hot flashes and other menopausal symptoms include evening primrose oil, black cohosh, and botanical compounds. Though many of these options are generally accepted as safe, the results have been mixed, and they are not FDA approved.

“The degree of relief with popular, non-hormonal approaches varies considerably,” said Wendy Warner, MD, who is board certified in obstetrics/gynecology and holistic medicine and established the Medicine in Balance integrative medicine practice in Langhorne, PA. She is also the former president of the American Board of Integrative Holistic Medicine. One non-hormonal treatment Dr. Warner recommends to her patients is Estrovera, which contains a rhubarb extract known as ERr 731®. Estrovera has been shown to effectively relieve many menopausal symptoms, including hot flashes, anxiety, and negative mood in several clinical studies. Researchers compared the degree of hot flash relief to be similar to results seen with low-dose hormone therapies.”

Here in Western New York, Ali Ghomi, M.D., Director of Female Pelvic Medicine and Reconstructive Surgery at Sisters of Charity Hospital points out that, “In 2013, the FDA approved the first non-hormonal medication for the treatment of menopausal symptoms, mainly hot flushes, named Brisdelle. This means that women who wish not to take any form of estrogen-derived compound (either prescribed or over the counter) now have a viable alternative with proven benefits.” He adds, “Women who suffer from menopause-related hot flashes should talk with their healthcare provider to learn more about options for relief from symptoms associated with menopause.”