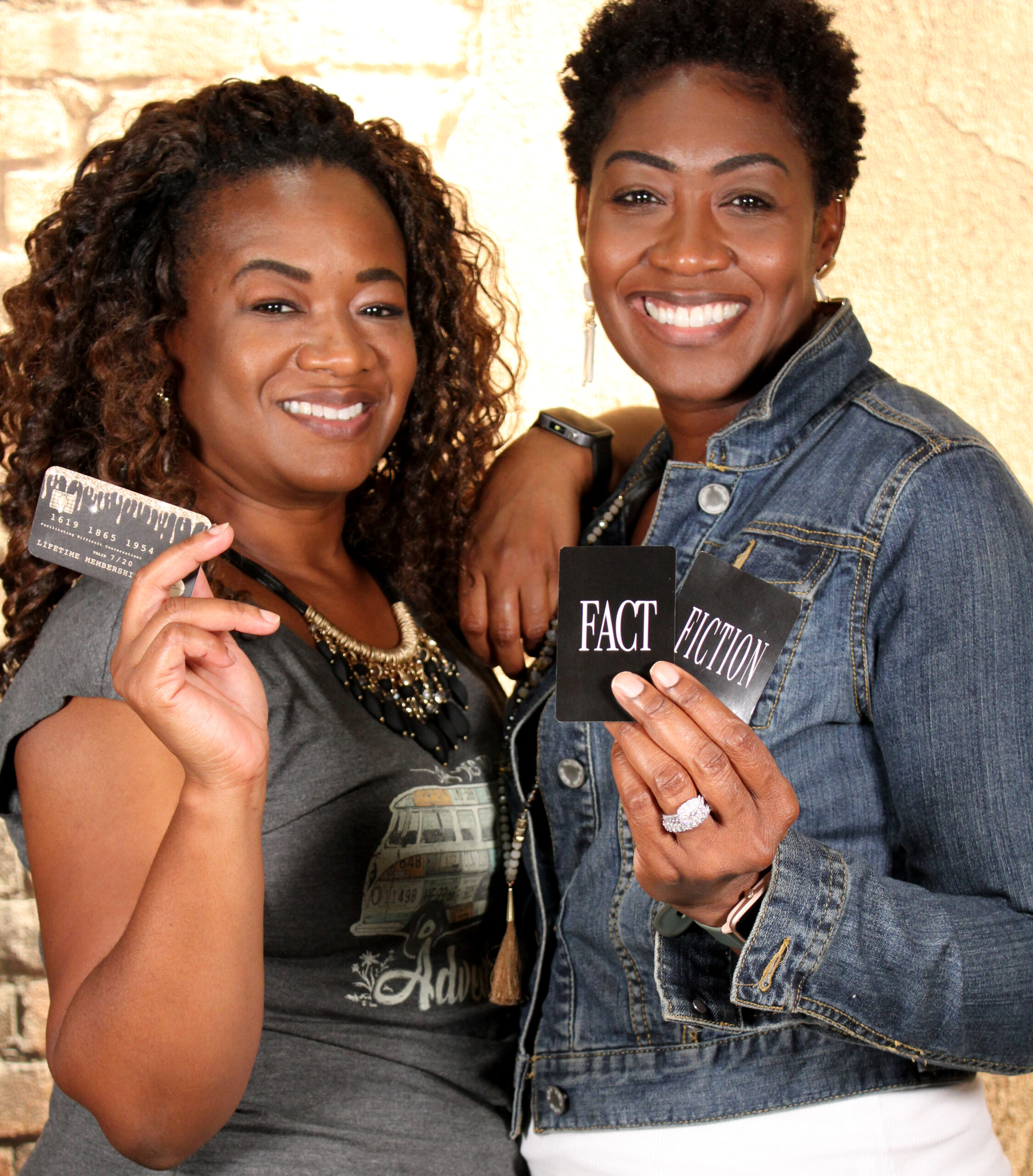 I recently attended an event during which I played an interactive game called “Pulling the Race Card,” and it was a great experience. The interactive deck of cards we used was developed by Sarah Pearson-Collins, Kezia Pearson, and their cousin Cephas Pearson. Each player gets two cards that present a statement that is either fact or fiction. A moderator pulls from a second deck and reads a question designed to spur debate. Each card has a QR code that links to more information. One example is, “Whites are celebrated for the same things that Blacks are criticized.”

Last month, Sarah and Kezia, who are sisters, won the Pitch’s eforall.org competition for the game. Sarah, who also works as the Director of Training, Content, and Development at Roswell Park Comprehensive Cancer Center, explains that inspiration for the game came from the May 2020 murder of George Floyd. Kezia, who teaches English Literature at East Community High School, agrees. “The George Floyd tragedy occurred during the COVID-19 pandemic, when we were all home glued to our computers, unable to get away from the 24/7 news cycle,” explained Sarah. “While there have been other tragedies, this one took center stage. We began by brainstorming, briefly considered a book, and ultimately decided upon a deck of cards that would be used for diversity, equity, and inclusion training.”
In reflecting upon their upbringing, Sarah and Kezia say that they had a very stable home life, in which higher education was an expectation. “Our parents were both special education teachers, and we knew we would be going to college. There was no other choice.”

The sisters worry about the world we live in today. They worry for the children who must be taught to fear for their lives in a world in which they are not treated equally. They worry about their own children, nieces, and nephews. They worry about their spouses. Sarah said, “I’m doing this for my 8-year-old son. I worry every day when he leaves the house.” They also worry about what children learn in school. “By the third grade, if a child hasn’t mastered reading, they are tracked by teachers who often unknowingly contribute to their self-hate and feelings of inadequacy. We need to change what is happening. We need to teach those responsible for the messages our children are receiving,” says Kezia.

What’s next? “We want to get these cards into the hands of human resource managers, diversity, equity and inclusion departments, and educational institutions. We believe that Pulling the Race Card game will help lead the way toward ending racism by accelerating self-reflection, driving conversations, and exploring bigotry and prejudice.

The sisters have sold 300 decks of their cards, and are creating more themed decks. Pulling the Race Card has been featured on national television and in the news, and demand for it is increasing everywhere. To get your deck, visit www.pullingtheracecard.com, where you can see examples of questions and interactions, and also inquire about scheduling a special session led by Sarah and Kezia for your group or organization. I promise that the experience will be interesting, engaging, and thought-provoking.