Save the Michaels of the World

By Buffalo Healthy Living on April 26, 2021   /   All Articles, Children and Teens, Featured
Tags: drug abuse, Save the Michaels of the World, suicide and drug use, suicide and teens, suicide prevention 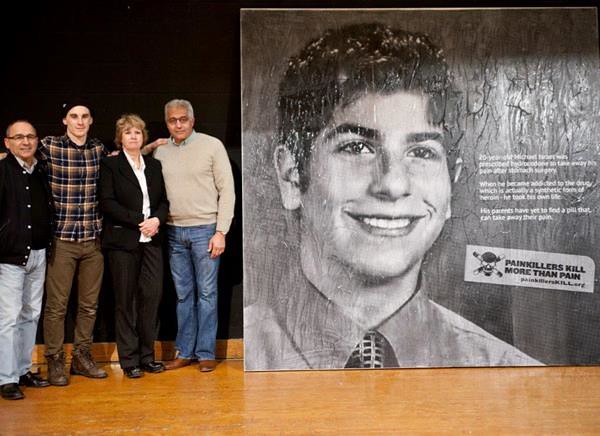 My son Michael David Israel was everyone’s dream child. He never got in trouble, was smart, compassionate, and sensitive. Yet, on June 4, 2011, at just 20 years old, my only son held a shotgun under his chin to end his pain.

Michael had been under the care of a pediatric gastroenterologist for Crohn’s disease since he was 12. However, when he turned 18, he began seeing a gastroenterologist for adults, receiving numerous prescriptions for painkillers and other medications to manage his disease. By the time he died, Michael weighed 107 pounds and had access to numerous drugs with various interactions that neither he nor I knew were highly addictive.

In late December 2010, Michael said, “Pops, I have problems with my pain pills. I think I’m addicted,” but his doctor wasn’t concerned. A month later, Michael underwent ileostomy surgery, and left the hospital in February with three refills of hydrocodone containing 240 pills each. By April, Michael even more worried about his addiction, asked to go to a detox facility, but living among street addicts, left Michael petrified. A month later, Michael sent me a text that said, “You do not deserve a son like me. I love you.” He had locked himself in the garage with the motor running. I alerted my wife immediately, who intervened to save him. Racing home frantically while calling 911, I found Michael talking to a police officer. He was taken to a hospital and released after eight hours.

A month later, when Michael asked to go to a hospital for help, we were told there were no available beds. Upon hearing this, Michael walked to the back of the house, locked himself in my bedroom, and shot himself. Kicking open the locked door, I saw blood everywhere. My wife called 911, as I kneeled beside my son’s shaking body, as he struggled to breathe. Blood was pouring out of his neck, and I knew he wasn’t going to make it. I kissed his head, rubbed his hand, and said, “I love you Michael,” as he took his last breath. I relive these images every night as I try to go to sleep.

Suicide is the leading cause of death among people ages 15-24. While the U.S. comprises only 4.6% of the worlds’ population, we consume 99.8% of all the hydrocodone in the world. With 54% of kids ages 14 and older having tried prescription drugs, it’s time to admit that we have a national opioid crisis. We need to address this crisis with a nationally accessible electronic medical records system; prescription limits; and mandatory education for prescribers, pharmacists, patients, and families. We can’t afford to lose more Michaels.

Avi Israel is President and Founder of Save the Michaels, a nonprofit focused on help for addiction and support for families. Learn more at www.savethemichaels.org. Call our Buffalo office at 716-984-8375 and our Lockport office at 716-984-8375. Watch a television show about how Save the Michaels can help you and others, on Wednesday May 12 at 8 pm or on Saturday May 15 at noon on WBBZ-TV Channel 5 (FiOS, Spectrum, DISH) and Channel 67 (DIREC-TV).