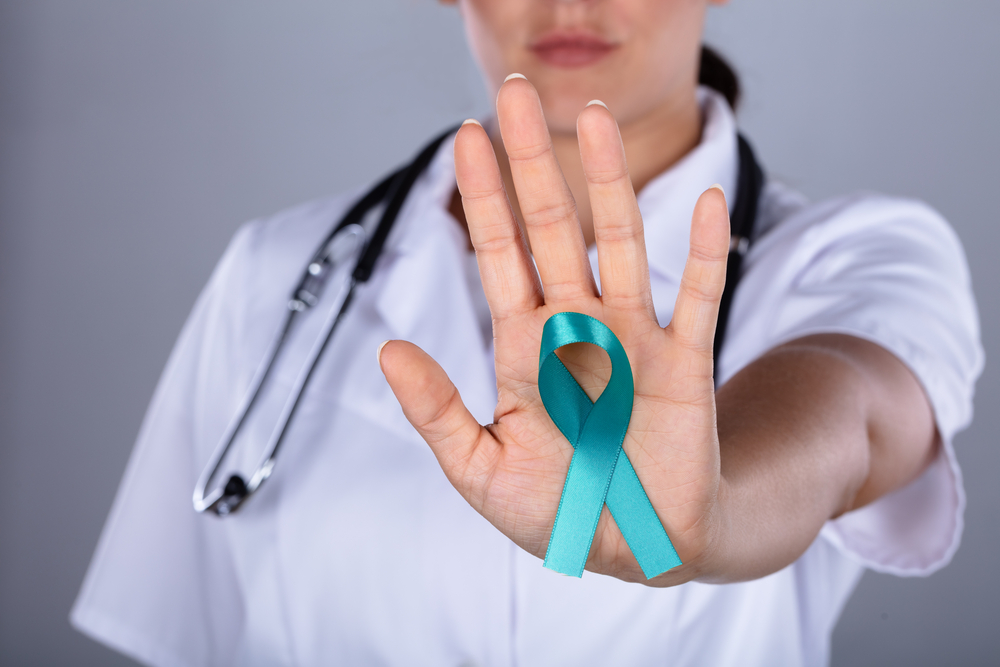 Ovarian cancer is a gynecologic cancer that begins in the ovaries, each of which are the size of an almond, and are located on either side of the uterus. Ovaries produce eggs known as ova, as well as the hormones estrogen and progesterone. Because the ovaries are located deep within the abdominal cavity, ovarian cancer is difficult to detect early on, and may produce few if any noticeable symptoms until the disease reaches an advanced stage.

Some signs that ovarian cancer may be present include bloating, pelvic or abdominal pain, feeling full quickly, and feeling the need to urinate urgently, according to the National Ovarian Cancer Coalition.

Substantial research has been conducted to develop a screening test for ovarian cancer that would make early detection more likely, but the efforts have yet to produce a test. Procedures called transvaginal ultrasound and CA-125 blood test, which are primarily used to detect ovarian cancer, are not foolproof screening methods.

Many women are diagnosed with ovarian cancer in its advanced stages since early detection is so challenging. Therefore, it is helpful to understand staging as it pertains to this type of cancer. The two systems used for staging ovarian cancer are the FIGO system from the International Federation of Gynecology and Obstetrics, and the AJCC TNM staging system from the American Joint Committee on Cancer.

Once a person’s T, N, and M categories are determined, experts combine the information with other data to assign a stage. The four stages of ovarian cancer are further divided into A, B, and C sub-classifications, making staging more difficult. Staging is typically broken down as:

Stage 1. Ovarian cancer is only in the ovaries. Surgery is usually recommended, and some women require chemotherapy.

Stage 2. The cancer has spread outside the ovaries and is growing within the pelvis. A combination of chemotherapy and surgery is often recommended.

Women should discuss their risk factors for ovarian cancer with their doctors and develop a plan for recognizing its potential symptoms.