A Vaccine for the World Nobel Prize Nominees 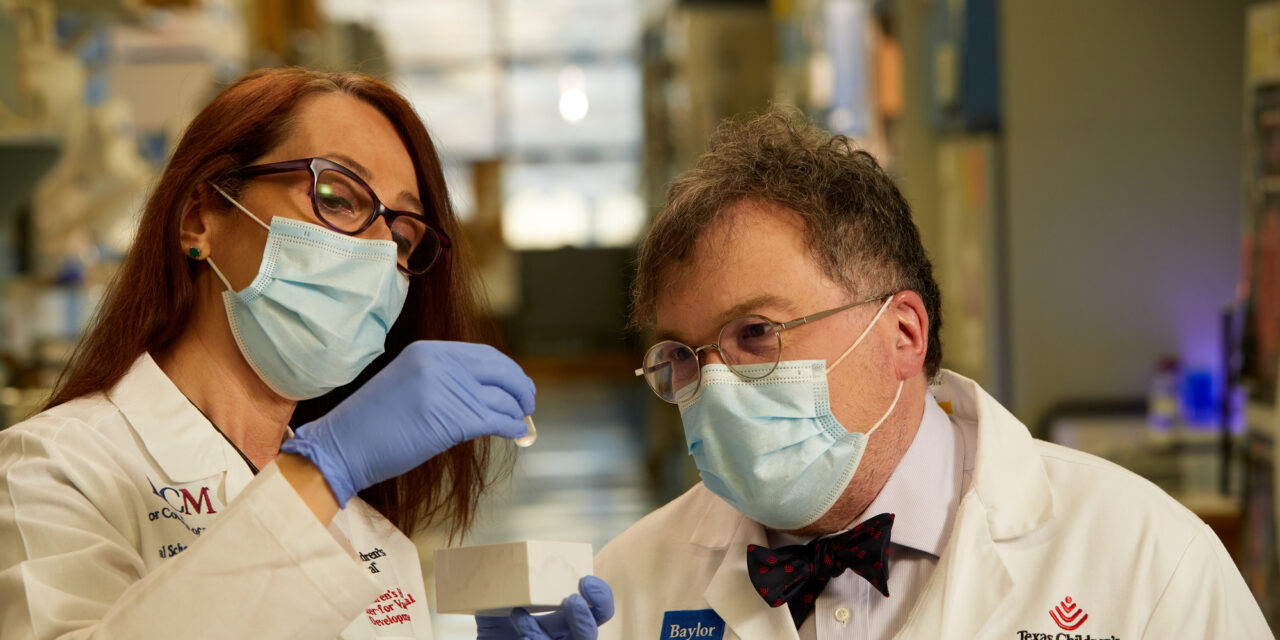 Despite an unlimited number of COVID vaccines available to people who want them in wealthier countries like ours, 2.9 billion people have not yet received a single dose. While vaccine hesitancy and anti-science linger in the United States, people in low income and developing countries like Latin America, India, Africa, and low-income Asian countries who want the vaccine, do not have access to one. Tempting as may be to think that we can safely insulate ourselves from these countries, it is important to remember that the Delta variant made its way around the world due to unvaccinated people in India, and the Omicron variant came from unvaccinated people in Africa. Until we make vaccinating everyone in the world a priority, COVID will continue to circulate, mutate, and periodically wreak havoc in our lives.

It is this knowledge, combined with unprecedented experience, courage, determination, and a love and respect for humanity that inspired Peter J. Hotez, MD, PhD and Maria Elena Bottazzi, PhD, FASTMH, along with a team of 20 scientists at the Texas Children’s Hospital Center for Vaccine Development (at Baylor College of Medicine) to develop a vaccine technology leading to a low-cost patent-free COVID vaccine for the world. So far, the vaccine is being accelerated in four countries – India, Indonesia, Bangladesh, and Botswana – with India the furthest along where it has been released for emergency use.  In India, where the vaccine is produced by Biological E, Ltd., it is known as Corbevax, and has now been rolled out in a pediatric campaign for those 12 to 14 years old. Dr. Hotez and Dr. Bottazzi have been nominated for a Nobel Peace Prize for their work, and I recently had the privilege of meeting with them over Zoom.

The Corbevax COVID Vaccine: A Proven Five-Decade History of Safety. 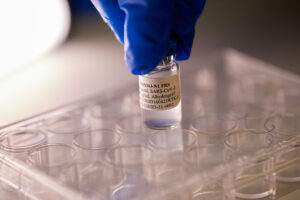 Modeled after widely used recombinant hepatitis B vaccines, the proven technology for developing the Corbevax COVID vaccine, has been used safely over the past five decades, primarily in children, and can be stored for long periods of time at normal refrigeration temperatures. “We understood how to make the vaccines, and identified a group of manufacturers around the world who already had the necessary components to make it in their inventory. This made it possible to manufacture and scale the distribution of billions of vaccines without having to invest in new factories or train new people.” The vaccines were created with modest support from the National Institutes of Health, but mostly depended on private philanthropic funding in Texas, along with foundations like the JPB Foundation in New York. “We essentially did it on our own, without substantial help from the US Government or other G7 countries.”

Open-Source Patent-Free: Empowering Manufacturers of Developing Countries.
Unlike any other vaccine yet developed, the Texas Children’s and Baylor vaccine technology is open-source (and fully detailed in multiple scientific publications) and patent-free, allowing the technology to be replicated across the world. The doctors explained, “Rather than empowering multinational companies in wealthy countries, we are empowering manufacturers 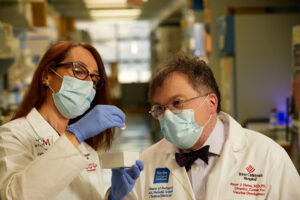 of developing countries. We found the perfect partner in Hyderabad’s Biological E in India, a family-owned private company who, like us, embraces the mission and vision to develop vaccines that are accessible to everyone.” Biological E is currently distributing the vaccines in India, and they are working to get them to Africa, Asia, and Latin America. “To accelerate the development for Indonesia, we partnered with BioFarma, a developing country vaccine manufacturer that is creating a halal version of our vaccine, especially because it is a vegan vaccine that does not contain any animal products. We are also collaborating with Incepta in Bangladesh, and working with another group, known as ImmunityBio, that is trying to develop greater capacity for production and distribution in Africa. Together these vaccine producers are a part of a Developing Country Vaccine Manufacturing Network. The doctors also receive regular requests from individuals in the United States and other countries asking for the Corbevax vaccine. However, that would require partnerships with local manufacturing companies and approval from each country’s regulatory agency.

The Danger and Data of Anti-Science and Misinformation. 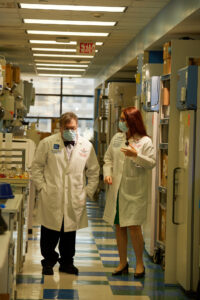 Dr. Hotez is now tackling vaccine refusal arising from misinformation and anti-science views that has resulted in 200,000 COVID deaths in the United States alone, among the unvaccinated, between May 1, 2021, and December 2021. He expects the number to rise to 250,000 deaths by May 2022. Dr. Hotez attributes most of this misinformation to what the Kaiser Family Foundation (KFF) characterizes as the Red/Blue divide, which is confirmed with evidence-based data, as illustrated in KFF’s data tracker. Begging people to refrain from taking this battle on as a political issue, Dr. Hotez says, “As doctors and scientists, we have been taught to stay neutral when it comes to politics. But when neutrality favors the tormentors and the oppressors – to paraphrase Elie Wiesel — causing needless deaths, it becomes the responsibility of the doctors and scientists to defend vaccines. Sadly, this misinformation is now expanding into Western Europe and Canada, giving rise to frightening Nazi imagery and metaphors, massive loss of life, global terrorism, and cyber-attacks.”

A History of Opposing Antivaccine Groups Based on Evidence.

Dr. Hotez has been opposing antivaccine groups for 20 years beginning when they claimed vaccines cause autism. Dr. Hotez’s landmark book, Vaccines Did Not Cause Rachel’s Autism (Johns Hopkins University Press), about his daughter’s autism and intellectual disabilities, details evidence that there is no link, and explains the genetic and epigenetic basis of autism.  Noting that he is often threatened for defending vaccines and opposing anti-science views that now increasingly link to far-right extremism, Dr. Hotez encourages the scientific community to be courageous in speaking out to support science-based evidence. He also encourages medical schools to do the same in educating their students.

About Dr. Bottazzi and Dr. Hotez 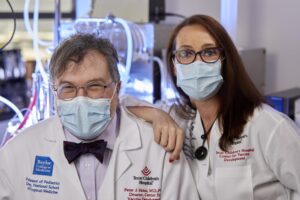 Maria Elena Bottazzi, PhD, FASTMH is Associate Dean of the National School of Tropical Medicine, Professor of Pediatrics, Molecular Virology & Microbiology, Division Chief of Pediatric Tropical Medicine, and Co-director of Texas Children’s Center for Vaccine Development at Baylor College of Medicine in Houston. Dr. Bottazzi has worked to tackle diseases like coronavirus, hookworm, schistosomiasis, and Chagas that disproportionally affect the world’s poorest populations for two decades. She has established innovative partnerships in Latin America, Middle East, and Southeast Asia, contributing to innovative educational and research programs, policies, and disseminating science information for diverse audiences. She has received national and international awards, has more than 280 scientific papers, and participated in more than 250 conferences worldwide. FORBES LATAM selected Dr. Bottazzi as one of 100 Most Powerful Women in Central America in 2020 and 2021. Learn more about Dr. Bottazzi at www.bcm.edu/people-search/maria-bottazzi-18431.

Peter J. Hotez, MD, PhD is Dean of the National School of Tropical Medicine and Professor of Pediatrics and Molecular Virology & Microbiology at Baylor College of Medicine, where he is also Co-director of the Texas Children’s Center for Vaccine Development (CVD) and Texas Children’s Hospital Endowed Chair of Tropical Pediatrics. Both Dr. Hotez and Dr. Bottazzi co-lead a team and partnership to develop new vaccines for hookworm infection, schistosomiasis, leishmaniasis, Chagas disease, and SARS/MERS/SARS-2 coronavirus, diseases affecting hundreds of millions of children and adults worldwide. He is also the author of more than 600 scientific publications and five single author books. He received this year the scientific achievement award from the AMA and has been honored by the American Medical Writers Association. He is a member of the National Academy of Medicine. Learn more about Dr. Hotez at www.peterhotez.org

Read more about this amazing humanitarian endeavor and watch videos regarding the mission, the team, and highlights of the Center for Vaccine Development at https://tinyurl.com/46ya9mwj. To donate to their effort to get vaccines to the world, visit https://www.texaschildrens.org/vaccinating-the-world.

Watch Dr. Bottazzi and Dr. Hotez on Buffalo Healthy Living’s Your Hometown Connection television show on Wednesday April 13 and Wednesday May 4 at 8 pm, and on Saturday April 16 and Saturday May 7 at noon on WBBZ Me-TV Channels 5 and 67.