The Health Benefits of Apples 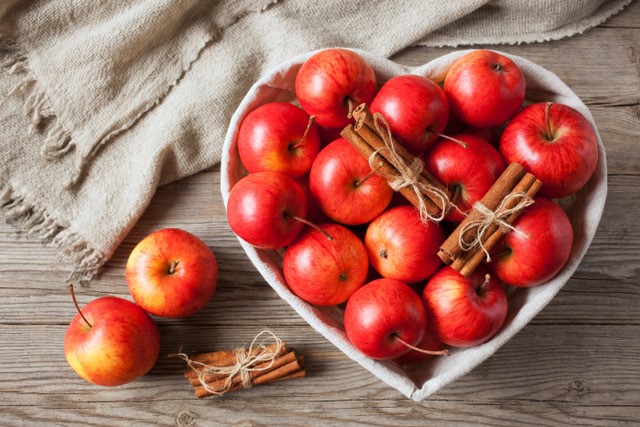 The phrase, “An apple a day keeps the doctor away,” is a familiar one that many people first heard as children. But some may be surprised to learn the phrase is as factual as it is familiar.

Apples are among the most cultivated and consumed foods in the world. They’re also among the healthiest. Medical News Today, a market leader for medical news that is owned and operated by the United Kingdom-based healthcare publisher Healthline Media, listed apples among its 10 healthiest foods.

Apples provide an array of health benefits, lending credence to the notion that consuming one per day might just keep the doctor away.

Apples may reduce risk for stroke. Apples are rich in antioxidants, including quercetin, which researchers have determined can help people lower their risk for thrombotic stroke. In that study, which was published in the European Journal of Clinical Nutrition in 2000, researchers studied more than 9,200 men and women over a 28-year period. Those who ate the most apples during that time had a lower risk for thrombotic stroke, a type of stroke that occurs when a blood clot forms in an artery that supplies blood to the brain. Such blood clots block the flow of oxygen-rich blood to the brain, producing long-term brain damage.

Apples lower levels of bad cholesterol. “Bad cholesterol” refers to low-density lipoprotein, or LDL. LDL is considered bad because high levels of it lead to a buildup of cholesterol in the arteries, raising a person’s risk for coronary artery disease. Thankfully, in 2011 researchers at Florida State University found that older women who consume apples every day had reduced their LDL levels by 23 percent in six months and even increased their “good” cholesterol levels by 4 percent over that period. Good cholesterol, also known as high-density lipoprotein or HDL, has been found to prevent arterial disease.

Apples can help people maintain healthy weights. The flavonoid polymers found in apples inhibit enzymes that break down simple sugars. What does that mean for you? That means that the flavonoid polymers in apples help you flush more of the sugar in apples out of your system instead of storing it as fat. That can help people maintain healthy weights. Fuji apples have the highest concentration of flavonoids, so people who want this particular benefit of apples may be best picking up these types from their local farmers’ market.

Apples can lower risk for diabetes. A recent cohort study published in BMJ (formerly the British Medical Journal) that involved researchers from the United Kingdom, the United States and Singapore found that consuming three servings per week of blueberries, grapes, raisins, apples, or pears reduced participants’ risk for type 2 diabetes by 7 percent.

An apple a day could very well keep the doctor away, paving the way to a long, healthy life for apple afficionados.