Hiker Will Face Challenges of Parkinson’s and Appalachian Trail 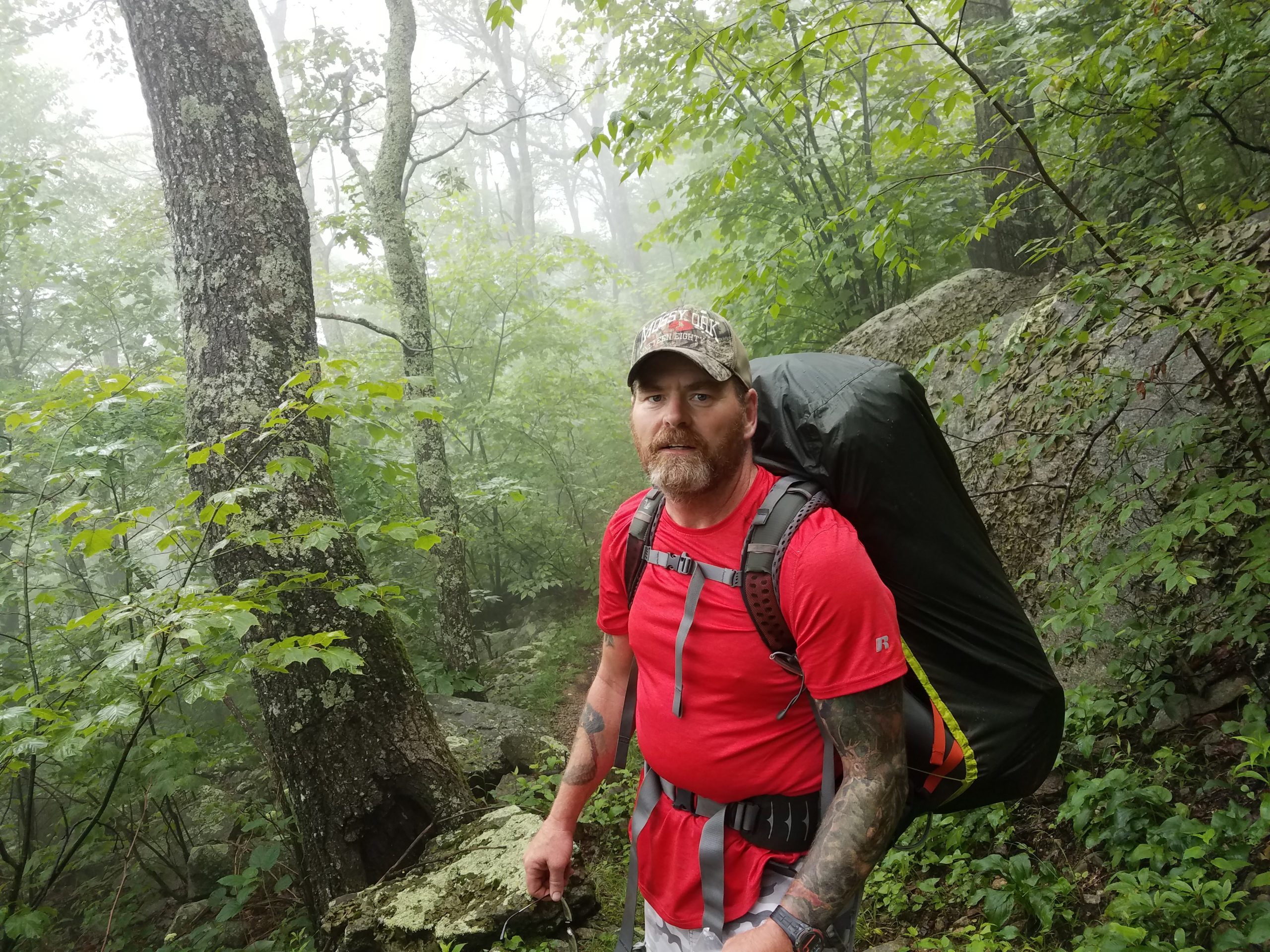 A Western New York man is training for the walk of his life. Great Valley resident Dan Schoenthal will be leaving in April 2020 to attempt a thru-hike along the Appalachian Trail. Completing – or even attempting – the more than 2,000-mile hike through fourteen states is monumental for anyone. Schoenthal, however, has Parkinson’s disease, elevating the difficulty of this endeavor exponentially. He hopes to cover the route from Georgia to Maine in six months, using the effort to raise awareness about the disease along with funding for the Parkinson’s Foundation.

To train for the trail, Schoenthal has been hiking the hills and countryside of Cattaraugus County lugging a weighted backpack. Despite his Parkinson’s disease (PD), Schoenthal is tremendously fit at 55 years of age. He spent twenty-five years as a union pipe fitter along with serving eighteen years in the Air Force and Reserves. In fact, he believes it was contaminated water at California’s McClellan Air Force Base that triggered the onset of his PD. He was diagnosed in 2015, but he felt the symptoms before then. “Looking back, I’m sure that I had symptoms eight to ten years before the neurologist in Olean mentioned Parkinson’s disease,” he said.

Schoenthal is an outdoorsman, so he is not intimidated by the challenges posed by the hike. The symptoms and demands of PD are another matter. Parkinson’s is a chronic, progressive neurodegenerative disease without a cure. It affects the brain signals that control the muscles, so a person diagnosed will move more slowly. Balance, posture and flexibility can all be affected, as pain, sleep issues and cognitive acuity can become challenges later in the progression. PD symptoms are controlled by an array of medications, which is one of the real challenges Schoenthal faces. Keeping those medications in supply along the trail and being sure to take them properly are primary concerns.

Through-hikers often ship food and equipment to stops ahead along the trail. This is one method that could keep medications on hand. “Dan and I spoke a bit about how this might work. I’m not sure what the final plan will be, but if we can help, we certainly want to,” said Chris Jamele, Development Director for the Parkinson’s Foundation New York & New Jersey Chapter.

One of the best ways to battle PD symptoms is through exercise and physical exertion. In this way, Schoenthal has the right idea. As he says, “I’m not going to let this disease eat me up.” His actions are backing his words. Plans for the fundraising aspect of this excursion are still being finalized. Jamele is planning to report Schoenthal’s progress on the Foundation’s local chapter website (parkinson.org/NYNJ) and other social media. A send off for Schoenthal is being planned.