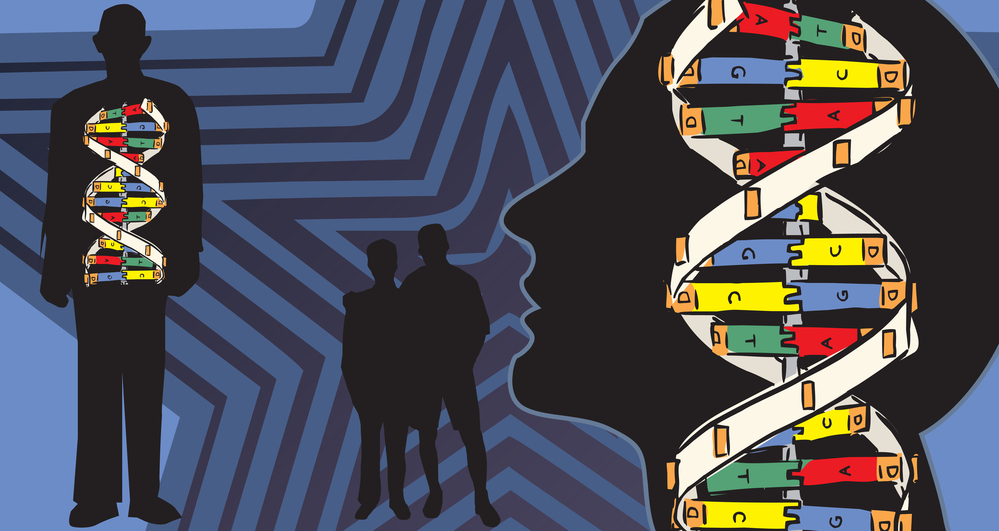 Ashley Hamer, host of the podcast Curiosity.com, notes that we are 99.9 percent genetically identical to everyone we meet. “Genetically speaking,” says Hamer, “this includes Bradley Cooper, Lady Gaga, Anderson Cooper, Mitch McConnell, an annoying coworker or family member, the Pope, and those living in remote countries.”

Hamer points out that our genome consists of 3 billion base pairs — teeny-tiny chemical units that make up the genes that form twisting, paired strands known as DNA. Between two people, roughly 2.999 billion base pairs are exactly the same. Also, most of the genetic building blocks are the same across species, and tiny differences between two organisms come down to a sliver of their genomes. It turns out, that we are actually 94 percent genetically identical to our pet dogs and cats. Even the fruit fly, often used for research, shares 60 percent of our genes (including two-thirds of cancer genes).

So, why are people who are nearly identical genetically and who want the best for themselves and their families, so divided on issues like religion, politics, and science? Why are so many distrustful of COVID-19 vaccines, when research confirms that they could have prevented 690,000 hospitalizations in the U.S. alone between June 2021 and November 2021?

What can we be doing better to foster love, hope, trust, and health? Perhaps we need to start by asking the real experts, and having open conversations on the issues that divide us. Want to submit a vaccine question to ask an expert? Email info@buffalohealthyliving.com.

Have a healthy and happy February!