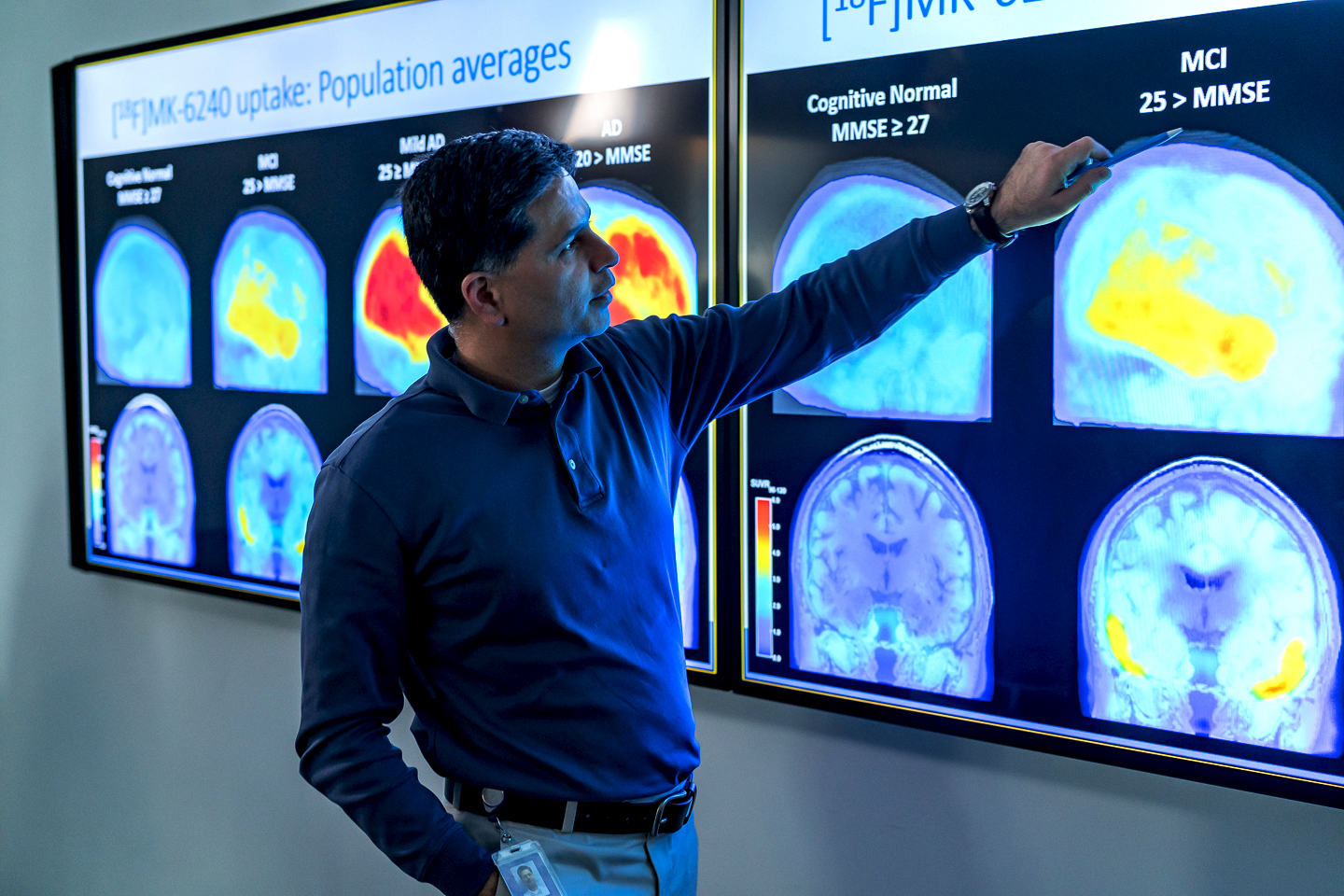 Aducanumab is the first FDA-approved therapy for Alzheimer’s disease in 20 years, and DENT Neurologic Institute (DENT) is one of the first to administer it. However, eligibility to receive the therapy requires meticulous screening. 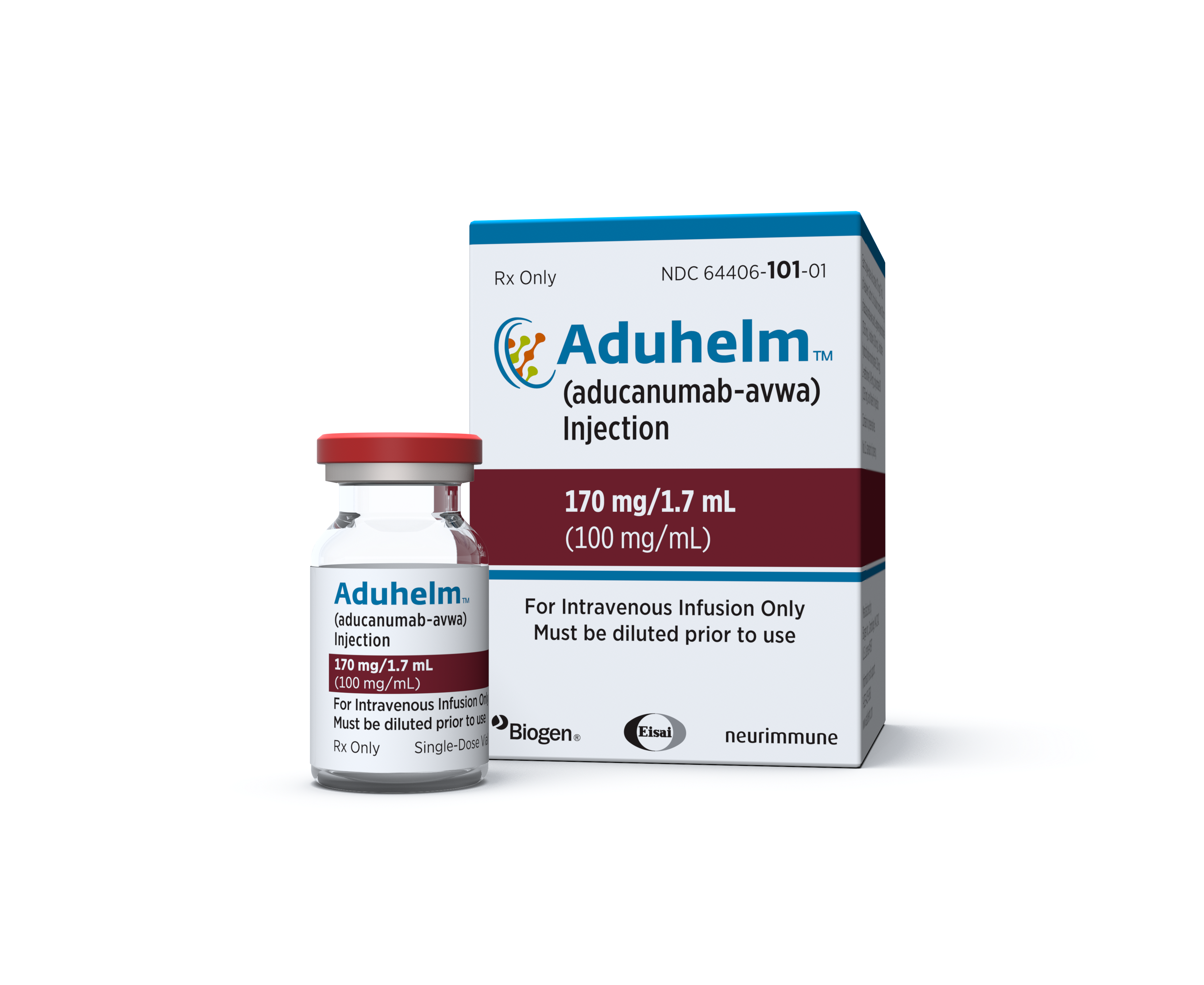 patients with memory disorders, and dementia at DENT), explains, “Alzheimer’s disease is a progressive neurodegenerative disorder, characterized by deposits of protein structures called amyloid plaques in the brain. Amyloid-beta is normally present in the brain as a single protein or monomer. However, it aggregates into clumps in people with Alzheimer’s disease. Researchers think that these clumps are toxic to brain cells, killing them. Aducanumab is an antibody that targets aggregated forms amyloid beta in the hopes of reducing its buildup.”

FDA’s approval of Aducanumab was accelerated because research demonstrated that it reduces beta-amyloid in Alzheimer’s patients. Researchers also found that, with proper monitoring for side effects, which may include brain bleeding and swelling, aducanumab can be administered safely. Joseph V. Fritz, PhD and DENT’s CEO, explains, “Although the FDA admitted that clinical trials failed to conclusively demonstrate reduction in cognitive decline, approval was granted based on the long established correlation between amyloid and long term progression to more severe Alzheimer’s. The nature of cognitive changes in Alzheimer’s and the practical issues surrounding quantitative measurement of cognition can make it difficult to gauge over a short period of time.”

While the FDA is fielding criticism for its decision to approve a drug that may eventually prove to be imperfect, Fritz sees merit in the FDA approach to measure clinical outcomes over the coming months and years as a condition of continued approval. “The beauty of the FDA decision is that it gives patients the opportunity to receive a drug that does actually attack a specific biomarker for Alzheimer’s, while closely monitoring with increasingly predictive diagnostic tools whether long term clinical benefits are likely in the real world.”  Ultimately, the question is, “How long do we make patients wait until the progression of their disease is unrecoverable?”

DENT recommends that patients with memory issues first undergo screening for other disorders using certain blood tests, neuropsychological evaluation, and imaging. A key final diagnostic step must determine whether amyloid is present. Then the decision to proceed must be fully informed regarding potential risks and side effects, costs, and current data regarding its likely effectiveness. Due to the many social factors and availability of helpful organizations that can identify additional support and lifestyle considerations, a social worker is generally part of the care team. So far, DENT has identified 30 people as potential candidates to receive the monthly infusion. Ultimately, it will be a shared decision-making process.

Christine Mann, DENT COO and Infusion Centers Director, in addressing costs associated with the therapy, says, “We believe that no patient should ever be left behind. All options are being evaluated and considered, including the share borne by insurance, Medicare, the manufacturer, as well as grants. The treatment is administered gradually, so patients do not receive the full amount of the drug at first. Additionally, the drug is weight-based, so costs will be different for someone who weighs 120 pounds versus someone who weighs 200 pounds.”

Most importantly, Mann says, “We pride ourselves on making the latest and greatest therapies available to our patients. We believe that this new therapy provides the opportunity for early intervention, and in the long run we hope for better outcomes for a disease that is devastating to individuals and families who slowly lose their loved ones in perhaps the saddest possible way.”

“It is no surprise that so many people are calling and asking about this medication,” says Dr. Ajtai, adding, “At a time when there is no other medication that reduces plaque in the brain of a patient with Alzheimer’s disease, Aducanumab is an important first step toward finding a cure.”

Aducanumab is intended for people who are experiencing mild cognitive impairment as a result of Alzheimer’s disease, and cannot be used for other types of dementias. If you or a loved one would like to be considered to receive this new therapy, call DENT Neurologic Institute at 716-250-7000 today, and visit https://www.dentinstitute.com/services/memory-disorders/.