Love, Learn From, and Accept Your Child with Autism 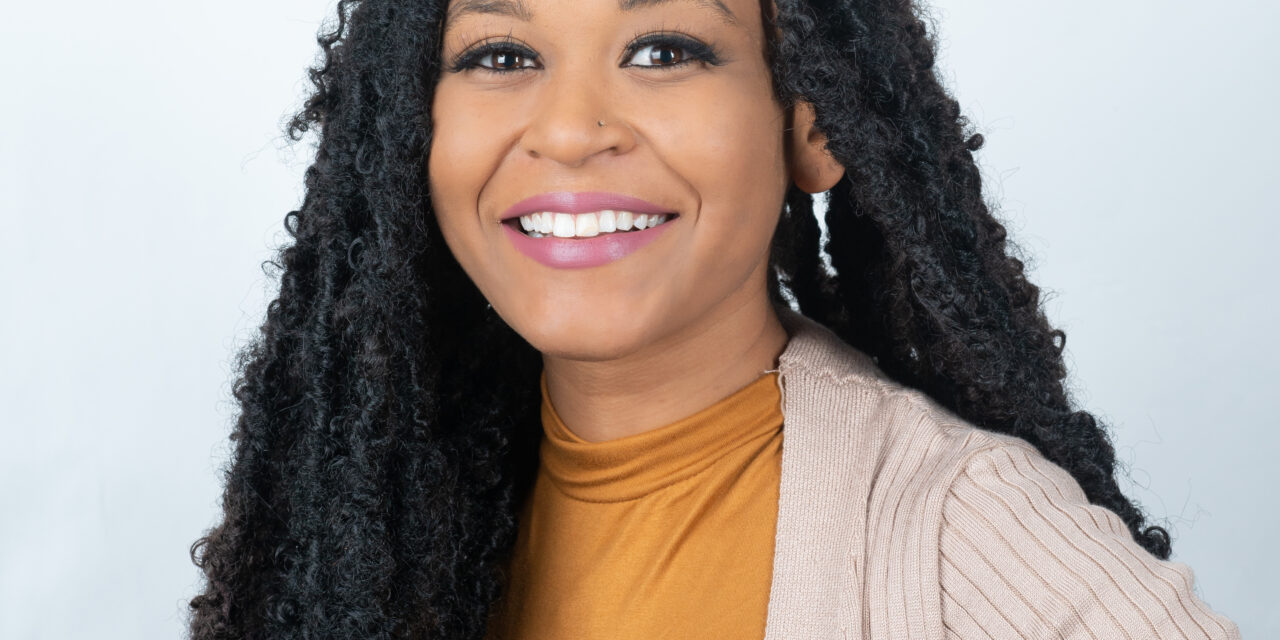 Adriana Ragland was born and raised on Buffalo’s west side. The first member of her family to attend graduate school, she earned a master’s degree in Social Work from University at Buffalo. Recalling her high school days and growing up in poverty, Adriana says of a social worker at the Massachusetts Avenue Project in Buffalo, “She was the biggest influence in my life, a role model, and saved my life. She helped kids like me, making sure we had food and were safe.”

Of her seven-year-old son TJ, who is autistic, she says, “I was destined to be TJ’s mom. We are energetically connected and don’t need words to express ourselves to one another. TJ always checks in with me to see how I am feeling. He says, ‘I love you,’ and senses when I need a time-out saying, ‘Mommy, come and sit down and be with me.’ His smile is infectious, and he has the best personality. He is my everything!” 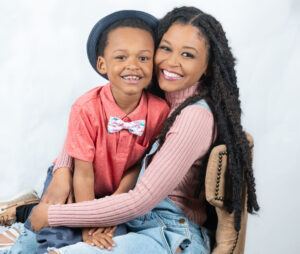 TJ was diagnosed with autism at the Robert Warner Rehabilitation Care and Treatment Center at Oishei Children’s Hospital, with a recommendation for early intervention and provided information on local autism programs. Determined to find the program that would best meet TJ’s needs, Adriana learned that Buffalo Hearing & Speech offered DIRFloortime® therapy. Developed by Stanley Greenspan, MD, DIR® is evidence-based, and stands for “Developmental, Individual-Differences, and Relationship-based model, based on the knowledge that every person perceives and interacts with the world differently. DIR highlights the power of relationships and emotional connections to fuel and promote healthy development in a respectful manner that builds connections, understanding, love, communication, and engagement.

“I knew immediately that Floortime was the perfect therapy for TJ when I visited Buffalo Hearing & Speech. I watched through a two-way window noticing how teachers and therapists meet children where they were without trying to change them, and accepting them for who they are. There are also sensory opportunities for TJ throughout the day, and a Floortime family support group bring families together. Seeing how TJ responded with trust, I never worried when I had to drop him off to work at my own job at People, Inc. working with people with developmental disabilities who are exhibiting challenging behaviors.

It was at Buffalo Hearing and Speech where TJ began to speak. “Before, he didn’t have any words, so I was amazed when TJ called me into a room, held up a ball, and said, ‘Ready, set go!’” Now TJ talks in two or three sentences and can communicate what he wants and needs. He is also very bright, has been reading since he was only three, loves letters and numbers, names all of the planets in order, loves animals — especially aquariums, sensory water activities, visiting Explore and More Children’s Museum, and watching Blippi videos on YouTube.

Adriana began the Neurodiversity Network of Western New York in September 2019, which you can follow and learn more about on Facebook, explaining that neurodiversity embraces the viewpoint that brain differences are normal, rather than deficits, a concept that helps reduce stigma around learning and thinking differences. She is also a big proponent of speech, occupational, play, and other therapies that help individuals with autism reach their highest potential. Learn more about neurodiversity at https://youtu.be/ALJ3CFRRZpo.

Noting that TJ loves visiting his grandma and grandpa, Adriana is forever grateful to her parents for their never-ending support, which allowed her to complete her education, despite being a single mom. Reflecting on challenges she has faced, Adriana says, “My past doesn’t define me. I have become a great advocate, and know that TJ and I will be okay because we are both resilient. He is growing so much and learning from difficult situations. We work together through his meltdowns, and I am learning to understand the importance of balance for both of us.

Offering advice to parents and caretakers of autistic children, she says, “Accept them for who they are. Don’t isolate them for fear of being embarrassed by their behaviors. Walk beside them and advocate for them. Start, by taking them to sensory-friendly events where people are more understanding and accommodating.” She also reminds parents to speak highly of their children, saying, “Even if they are nonverbal, they understand. While some kids may not understand words, they understand and feel tone, energy, and facial expressions. After all, about 70 percent of our communication is nonverbal. Remember, people form opinions about our children on how we present them, so pay attention to the positive energy you put out into the world.”