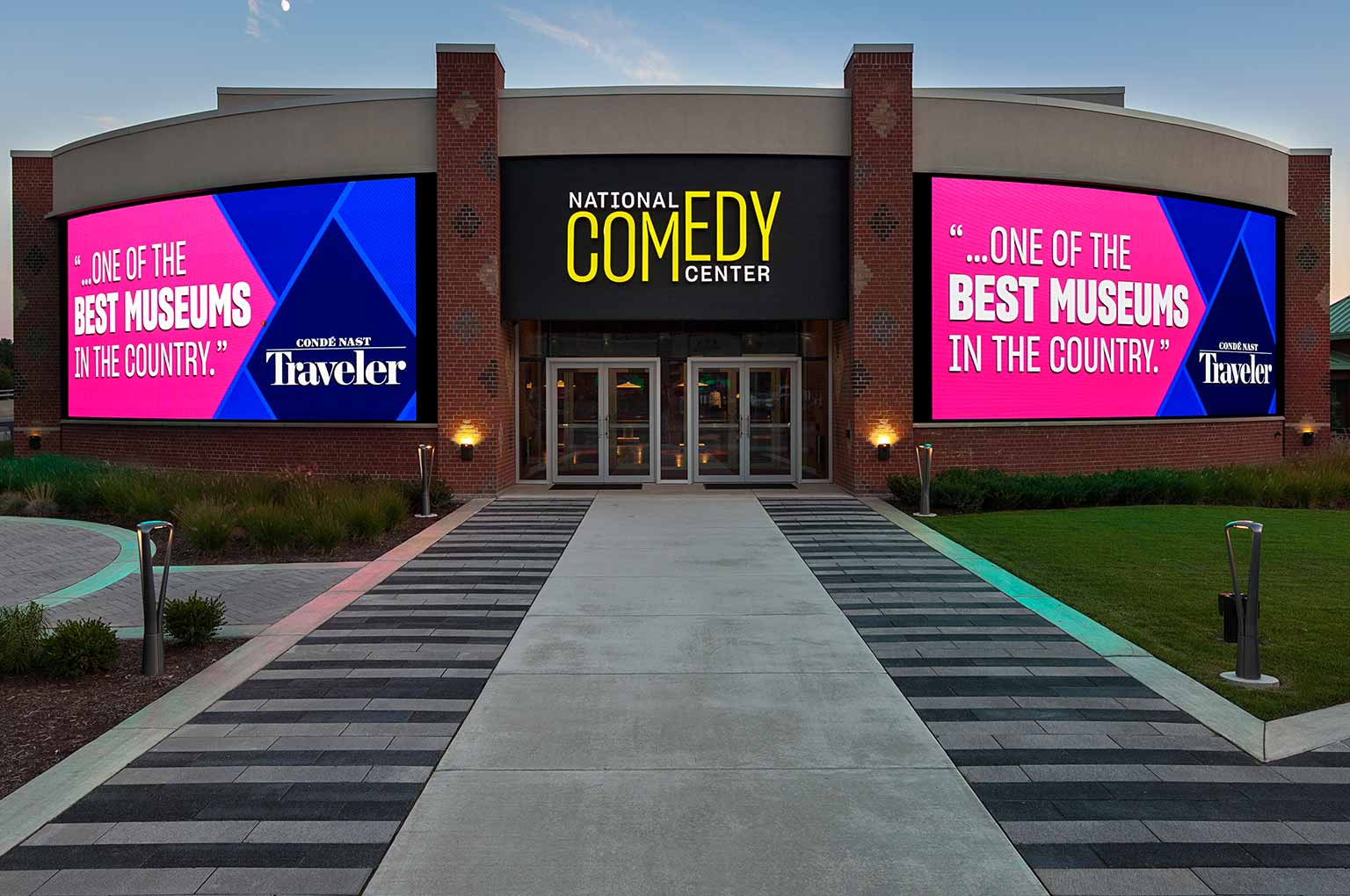 The National Comedy Center, the nation’s official cultural institution and non-profit museum dedicated to comedy as an art form, has launched a new online content platform featuring exclusive content directly from its interactive comedy exhibits, as an extension of the museum during its temporary closure.
National Comedy Center Anywhere tells the story of comedy via commentary from the artists themselves, and rare archival material never-before-seen outside of the Comedy Center  — just named the “Best New Museum in the Country” six weeks ago by USA Today, and named to TIME magazine’s “World’s Greatest Places” in 2019.
With the museum in Jamestown, New York temporarily closed as a COVID-19 precaution, National Comedy Center Anywhere provides an unprecedented opportunity for anyone, no matter where they live, to enjoy content directly from the National Comedy Center and its archives, never before seen outside its walls. The platform features a selection of free material with the option to upgrade to access more content from the museum.
The National Comedy Center is the United States’ official cultural institution and museum dedicated to presenting the vital story of comedy and preserving its heritage for future generations, as formally designated by the U.S. Congress in 2019. Opened in August 2018 in Jamestown, New York, the museum complex offers an unprecedented visitor experience using state-of-the-art technology, interactivity and personalization to create the first true 21st Century museum environment.
Visitors can begin their National Comedy Center Anywhere experience now, by visiting ComedyCenter.org/Anywhere.
The Details