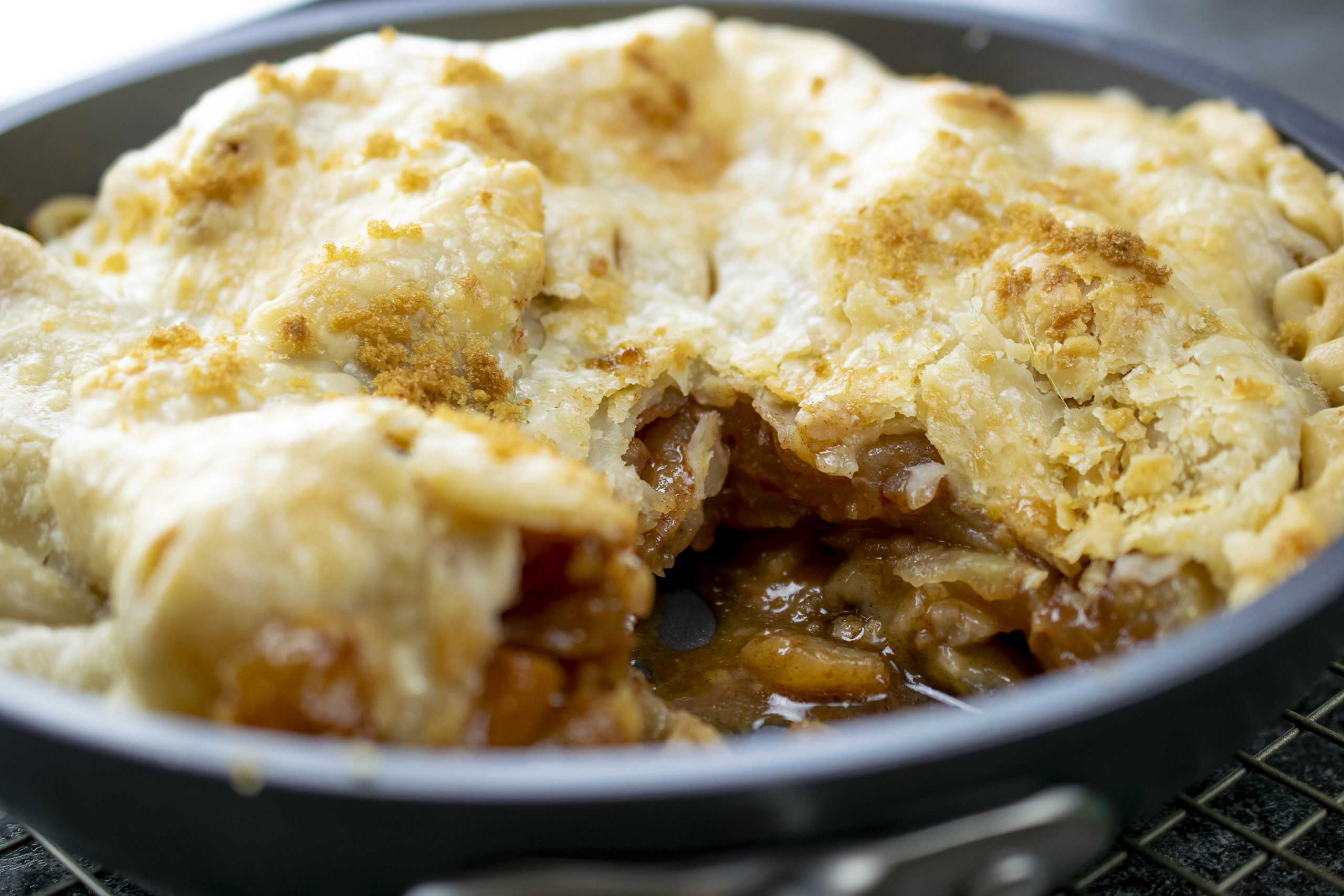 (Culinary.net) While apple pie is a traditional seasonal dish, you can add unique flavor with this skillet version. Simply toss Honeycrisp apples with brown sugar, cinnamon and lemon juice then spoon between two pie crusts simmering in a thin layer of brown sugar and cinnamon then drizzle with caramel sauce for a deliciously gooey evening treat.

Watch video to see how to make this recipe!